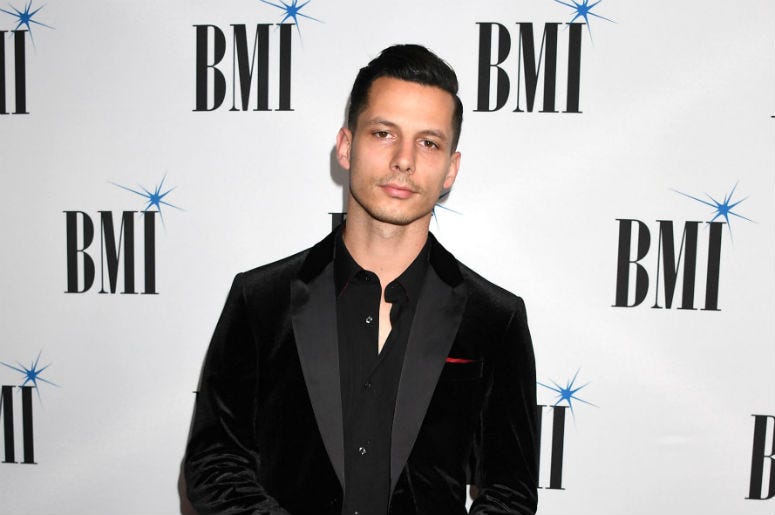 Devin Dawson has released a music video for his current single, "Asking For A Friend." The track is featured on the country singer's debut album, Dark Horse.

The 29-year-old co-wrote "Asking For A Friend" along with Connie Harrington and Brett Beavers. Throughout the video, you'll see several different versions of Dawson as he tries to bring the lyrics to life while in a bar.

“I’m so proud of this video and the entire team that made it possible,” said Dawson. “Music videos have a one-of-a-kind way of elevating a song to the next level, whether that’s taking a completely new turn, twist, or angle on a song’s concept or simply driving home the song’s core emotion. For this video I really wanted to emphasize the story and the lyric of ‘Asking For A Friend.’ The prideful character I’m playing in this song and video is taking a round-about way of trying to apologize to his lady by asking forgiveness ‘for a friend.’ In reality, he’s simply asking for himself. Patrick Tracy, our director, came up with the incredible concept of having me play all the parts – the ‘friends’ and the real me. This allowed for some pretty ambitious visual scenes, but it was an incredibly fun way to get us all out of our comfort zones. I will always be a lyric guy at heart and nothing makes me happier than watching those words literally come to life.”

Devin Dawson will hit the road as the supporting act on Brett Eldredge's 2018 Long Way Tour this fall.

Watch Devin Dawson's "Asking For A Friend" music video below.