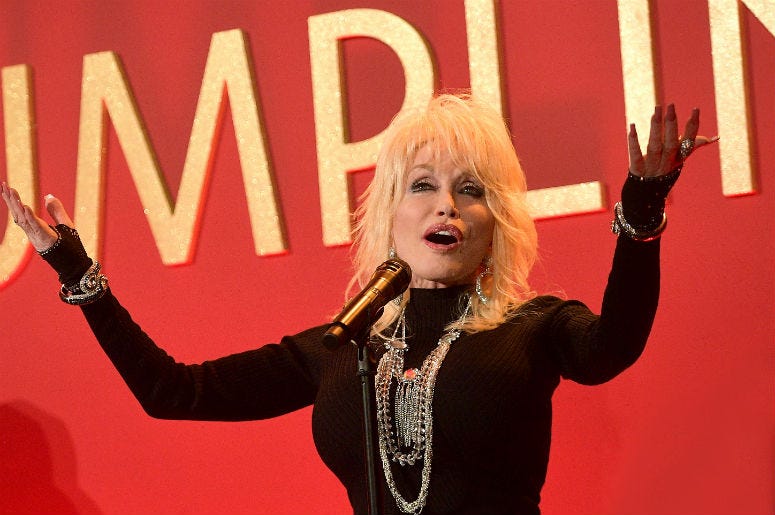 The Dumplin' film will feature an array of talent including Jennifer Aniston, Elle King, Alison Krauss, Miranda Lambert, Danielle Macdonald, Mavis Staples, and Rhonda Vincent. It was announced back in September that Netflix acquired the motion picture while also unveiling the first recording, “Here I Am” featuring Sia.

Dumplin' tells the story of a plus-size teen who enters into her mother's beauty pageant as a protest which leads to a revolutionary change in their Texas town. Parton along with Barry Mann, Linda Perry, Curly Putman, and Cynthia Well joined forces to write the new catalog for the original motion picture.

Fans worldwide will be able to hear the re-imagined classics by Parton on Netflix and in select theaters December 7. The adaption of Julie Murphy’s novel of the same name was written by screenwriter Kristin Hahn.

I sat 6ft from this ICON just now. What a great afternoon!! I cried a little! Thanks @dangerdave67 & @hallcine for getting me in & to @jenelleriley for sitting & fangirling with me!! #onceinalifetime #dollyparton @dumplinmovie