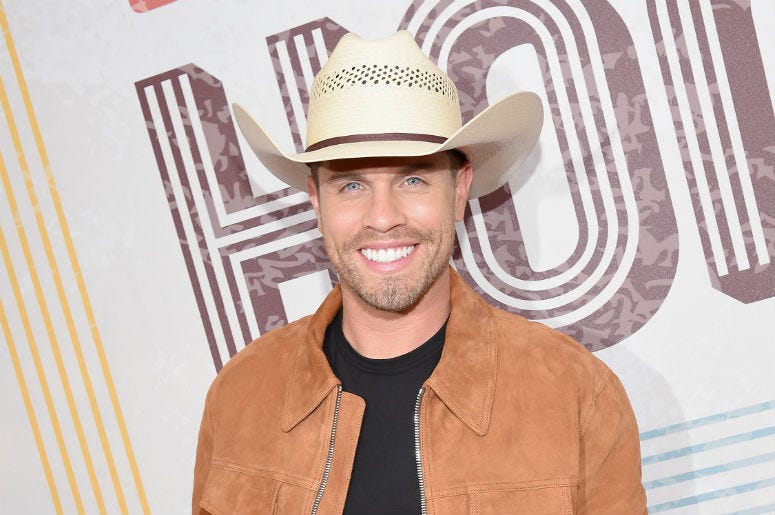 Dustin Lynch was inducted into the Grand Ole Opry Tuesday night (September 18). The singer-songwriter was welcomed into the Opry family by country legend, Reba McEntire.

Lynch was surprised on stage by Trace Adkins earlier this summer with the news of his induction. The "Good Girl" singer joins a lineup up of esteemed country acts including Garth Brooks, Vince Gill, Brad Paisley, Dolly Parton, among others.

“I told everybody before I came out here I’m a crybaby, and I get it from my dad,” said Lynch. Thanking his friends, family, bandmates, and everyone who plays a part in his career for sharing in his dreams, he continued, “This is one of those dreams right now … Thank you for allowing us to live the dream.”

Lynch made his Opry debut in 2012 and has since played in the famed circle over 40 times. The 33-year-old has released three albums throughout his career including Where It's At, Dustin Lynch, and Current Mood which feature his No. 1 singles "Hell of a Night," "Seein' Red," and more.

Dustin Lynch will join Cole Swindell's 'Reason to Drink...Another Tour' as a supporting act in October.

“I get to see all of my heroes up here.” And now, there’s a spot for you too, @dustinlynchmusic! 🌟