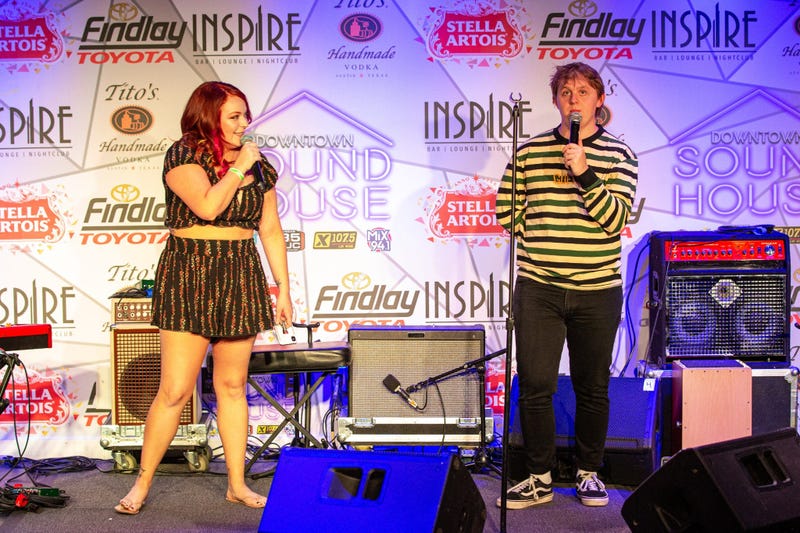 Dustin Lynch is the newest member to be invited to join the Grand Ole Opry. During his August 21 appearance in Nashville, Trace Adkins surprised the "Good Girl" singer with the announcement.

It all started six years ago when Lynch performed his now platinum debut single, "Cowboys and Angels," in the Opry circle for the very first time. The 33-year-old has garnered five consecutive No. 1 songs and three Top 5 albums throughout his career so far.

I have to be completely honest...I still haven’t had the moment to myself to let this sink in...because this honor comes with such gravity. It’s something I’ve always dreamed of...until I find the words, TWO words express it all. THANK YOU @opry and those who have lifted us up pic.twitter.com/R5bM32l3Wa

"This is not something that is taken lightly around here. All the folks at the Grand Ole Opry are very selective and we want people to be members of the Grand Ole Opry that will have respect for this institution that it deserves," Adkins said.

The official ceremony for Lynch's induction will take place on September 18. The singer-songwriter joins a lineup up of esteemed country acts including Garth Brooks, Vince Gill, Loretta Lynn, Reba McEntire, Carrie Underwood, and many others who have been inducted throughout the last 92 years.

Dustin Lynch will kick off his 'Reason to Drink...Another Tour' with special guests Cole Swindell and Lauren Alaina in October.