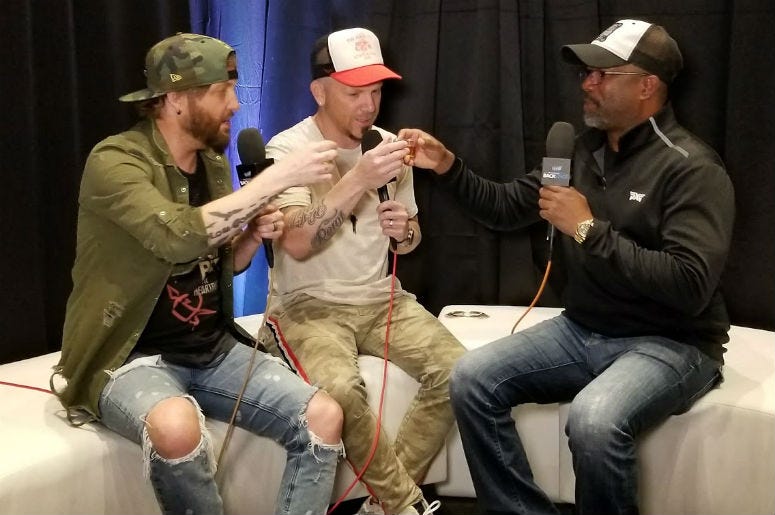 It's no surprise that Darius Rucker is one of the most sought after country stars when it comes to looking for your next tourmate. In fact, we sat down with the "For The First Time" singer and LOCASH to discuss his tour rules, golf, and more during ACM Awards weekend.

Chris Lucas and Preston Brust of the country duo were very accepting of Rucker's said rules. The guys each took a shot of Fireball Whiskey while LOCASH agreed to perform a song with him if they're ever given the opportunity to go out on tour together.

LOCASH revealed they talked to some of their friends including Dan + Shay, Billy Currington, among others about touring with Rucker. The 51-year-old felt very honored to hear such a cool compliment during the interview above.

"For me, it's us against the world," Rucker said.

Darius Rucker will hit the road this summer alongside Lady Antebellum for their co-headlining 2018 Summer Plays On Tour.