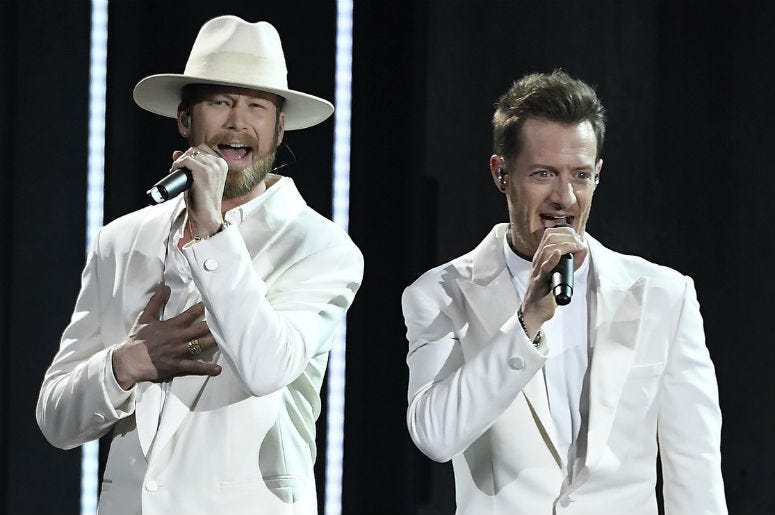 Florida Georgia Line is gearing up for the release of their fourth studio album, Can't Say I Ain't Country. Tyler Hubbard and Brian Kelley of the GRAMMY nominated duo will officially drop the new collection on February 15.

The country superstars have been working on the project for over a year now and are beyond ready to "bring this new energy" to their fans. In addition, Florida Georgia Line revealed to Entertainment Tonight that they will in fact hit the road for a headlining tour of the same name in 2019.

Florida Georgia Line's Can't Say I Ain't Country follows their 2016 album, Dig Your Roots. The guys have since released four brand new tracks including "Talk You Out Of It," "Sittin' Pretty," "Colorado," and "Simple."