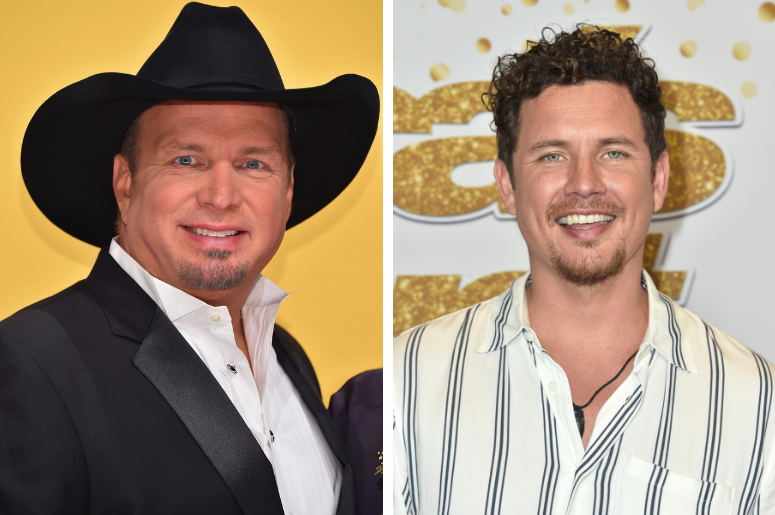 Michael Ketterer had no idea he would end up in the finals on America's Got Talent this season let alone work with Garth Brooks. During a recent episode of the singing competition, judge Simon Cowell challenged the country star to write a song for the former pediatric nurse.

Although we won't find out which of the ten remaining acts will be crowned the winner of season 13 until tonight, Ketterer has a lot to celebrate. The "All Day Long" singer came through for him and the fans of America's Got Talent because he actually ended up being a co-write on the song he will perform during his finale appearance.

Brooks also went live earlier this week on Inside Studio G to invite the 41-year-old to perform at his Notre Dame show. It will be the first-ever concert to take place at the legendary stadium October 20 which has sold over 85,000 tickets.

"I'm in the finals! Can't believe how amazing this experience has been! I owe it to God, my family and to all the support I've received from my fans," Ketterer wrote to Twitter.

The season finale of America's Got Talent airs tonight at 5 p.m. ET/PT on NBC.

From ND to AGT. We’ve got everything from A to Z! YOU guys SOLD OUT @NotreDame !!! love, g #StudioG