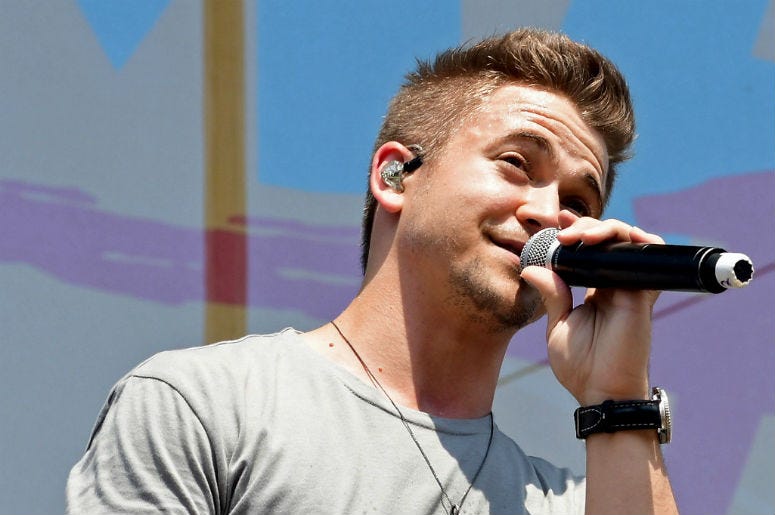 Hunter Hayes has returned with a brand new song titled "Dear God." It is the first of new music released by the country singer since the premiere of his mini-movie event, Pictures, earlier this year.

The 26-year-old co-wrote "Dear God" along with pop star, Andy Grammer, and songwriter Dave Spencer. It is Hayes' most honest work to date while reflecting on the relatable message of struggling with self-doubt.

Hayes shared the message below in a press statement:

"I had just gotten back from a TV performance in New York and was exhausted but excited to have an evening hang/write booked with Andy Grammar,” says Hayes. “We started by talking for an hour for his podcast. We covered a lot of topics but one of the big things I took away from it was the human condition of never feeling “good enough.” I had written a letter on the plane that was at first “Dear World” before I realized I was actually writing to God. Andy has such a great way of digging through feelings and bringing them to the surface and Dave brought some awesome new ideas to it that gave it a real three-dimensional approach. When Andy took the series of questions we were making for the chorus and turned the last one into ‘are you sure that you don’t mess up’ it hit me really hard. I ask that all the time and I don't think I’m not the only one. It’s a valid question and one I truly believe you don’t ask unless you already know that answer because the opposite would be entirely too scary to live with. The song’s description of the nights when I question my world couldn’t be more vulnerable. We all face the question of being good enough for the world around us and sometimes we just need a reminder that we are.”

The five-time GRAMMY nominee has already started to perform the track live while out on the road this summer. Hayes is set to release more new music later this year.