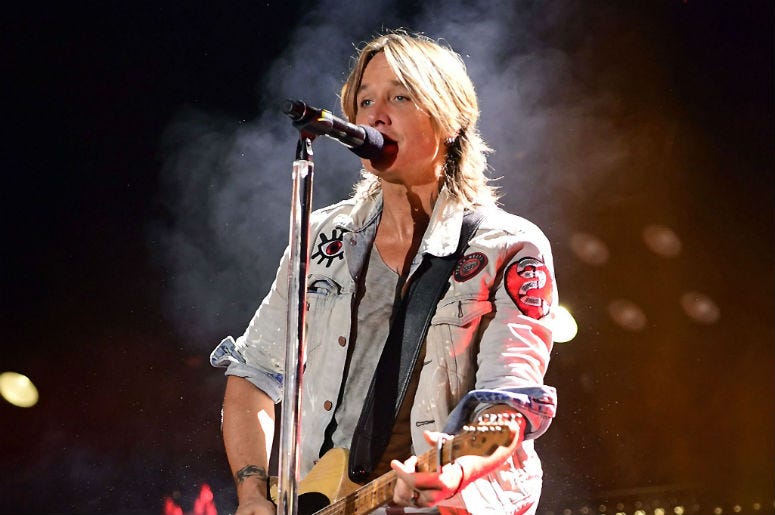 Keith Urban is “Never Comin’ Down” with the release of his brand new single. The country superstar also shared the official music video today (August 23) for the track.

Urban’s “Never Comin’ Down” is featured on his tenth studio album, Graffiti U. The 50-year-old co-wrote the upbeat tune during a writing camp with Josh Kerr, James Abrahart, and Shy Carter.

“Those three guys were mixing up some sort of various cocktail environment figuratively and literally upstairs, and there was just such a great thing happening up there,” Urban says. “I had this drum beat that I had carried around for a bit, and I presented that, and we started building on that. It really started with a tribal rhythmic feel.”

The “Never Comin’ Down” video was directed by Carter Smith and captures a group of people hitting the dance floor while the "band's on fire" and the "beer is ice cold." Urban’s lyrics send the message of wanting everyone to feel comfortable in their own skin.

It follows the singer-songwriter’s three previous singles, “Female,” “Parallel Line,” and “Coming Home.” Fans can hear Urban’s new collection of music while he's out on the road for his 2018 Graffiti U World Tour through November.