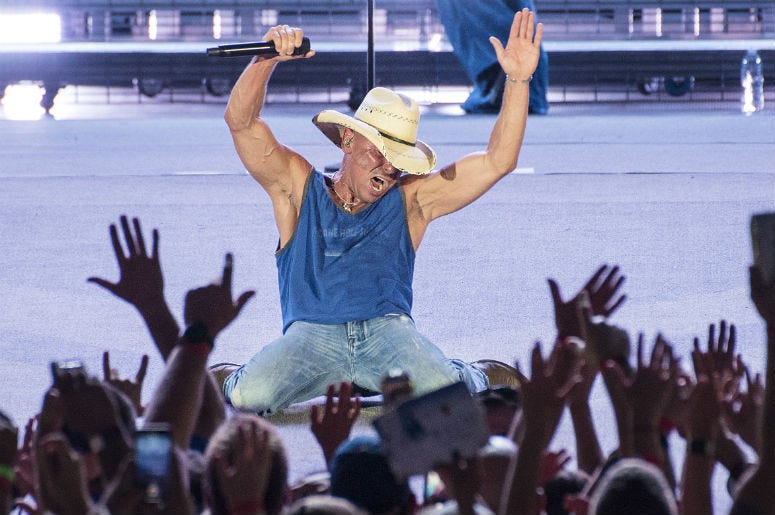 Kenny Chesney has released another new track titled, "Pirate Song." It is the third song to be unveiled from the country superstar's upcoming album, Songs For The Saints.

“‘Pirate Song’ emerged as a love song to everything the islands have always been: freedom, time slowing down, being calm and at sea. Even when my friends and people I knew were coming through my house after the storms came through, I knew the essence of what those islands are couldn’t be extinguished inside them,” Chesney said.

"Pirate Song" follows the release of the lead single, "Get Along," and the title track, "Songs For The Saints." Chesney's new record drops July 27 and it will include eleven new country tunes.

Proceeds from Songs For The Saints will benefit the Virgin Islands which was the inspiration behind the singer-songwriter's latest project. Chesney is currently out on the road for his 2018 Trip Around The Sun Tour with special guests Thomas Rhett and Old Dominion.