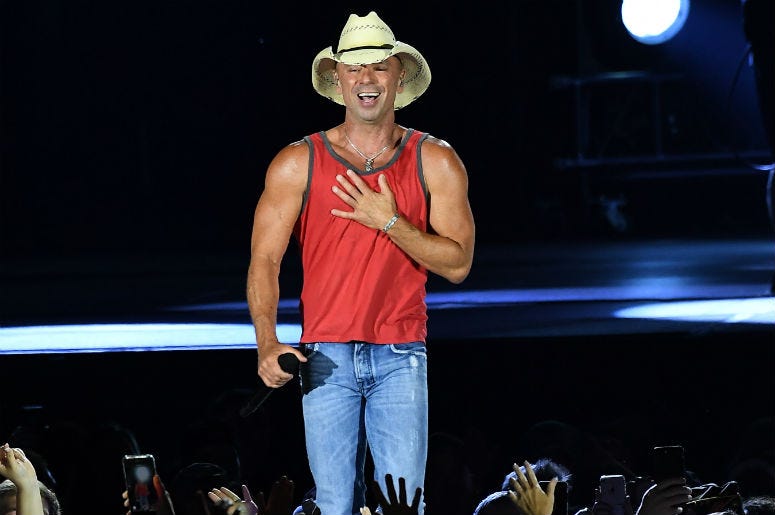 Kenny Chesney announced Monday that proceeds from his upcoming album, Song For The Saints, will benefit the Virgin Islands.

Shortly after Hurricanes Irma and Maria struck the Caribbean, Chesney set up the Love for Love City fund. He helped provide generators, medical supplies, food, water, and more to those in need.

Chesney's Songs For The Saints album drops July 27 and includes his current single, "Get Along." The 50-year-old's new music will be a way for him to give back during the years of recovery ahead.

“I didn’t necessarily have ‘a plan,’ but these songs needed to be written,” Chesney said. “And a friend said, ‘You should call the album Songs for the Saints, make it something that honors the people and the life on those islands, but also provides for them long after what happened has fallen off the news cycle.’ It hit me, that was what I was already doing and hadn’t realized it.”

According to a press release, the fund will support and give to local and national 501c3 charities aligned with the country star's mission of getting relief where it's needed.

Kenny Chesney is also currently selling Love for Love City t-shirts and hats at every stop of his 2018 Trip Around The Sun Tour to raise money for the fund as well.

So proud of my team down in the islands. Thank you all for supporting the #LoveForLoveCity Foundation. Donate here: https://t.co/hxPM7LBMYR pic.twitter.com/GjMj23dkWt