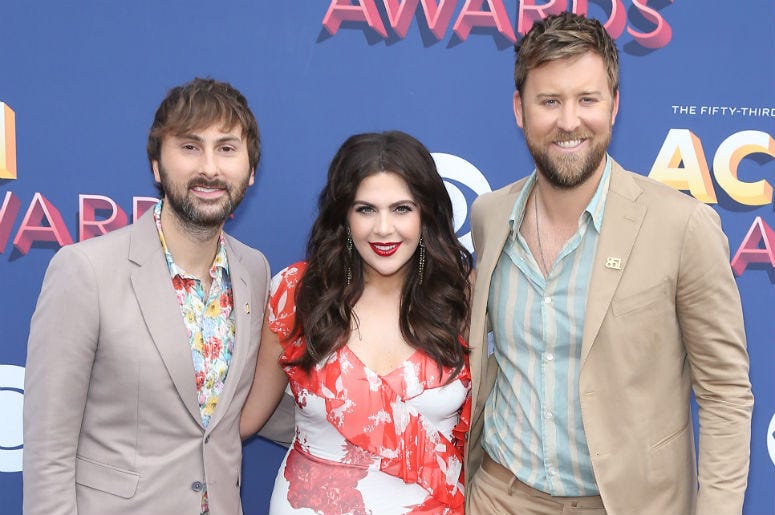 Lady Antebellum is currently out on the road for their 2018 Summer Plays On Tour with Darius Rucker. The country trio released their seventh studio album, Heart Break, in June of 2017 and continue to deliver unforgettable performances around the country.

Dave Haywood of Lady Antebellum recently opened up on their next "musical move" and more. The Grammy Award winning country act formed in 2006 and have since garnered several No. 1 hits including "Our Kind of Love," "American Honey," "We Owned the Night," and more.

"It's a good thing to think about. It's a hard question to answer. If I had to sum up anything, I'd say that we as a band, the three of us, we want to find a way whether it's the first or third single, to find some deep meaningful lyrical content," Haywood told the Atlanta Journal Constitution.

While Lady Antebellum looks "for some lyrical depth," they want to release new music that matters. Haywood along with band mates Charles Kelley and Hillary Scott left Capitol Records after 10 years together and signed with Big Machine Label Group in September.

Lady Antebellum is nominated for Vocal Group of the Year at the 2018 CMA Awards.

We get by with a little help from our friends 💛 #SummerPlaysOnTour pic.twitter.com/9pfImXII3i