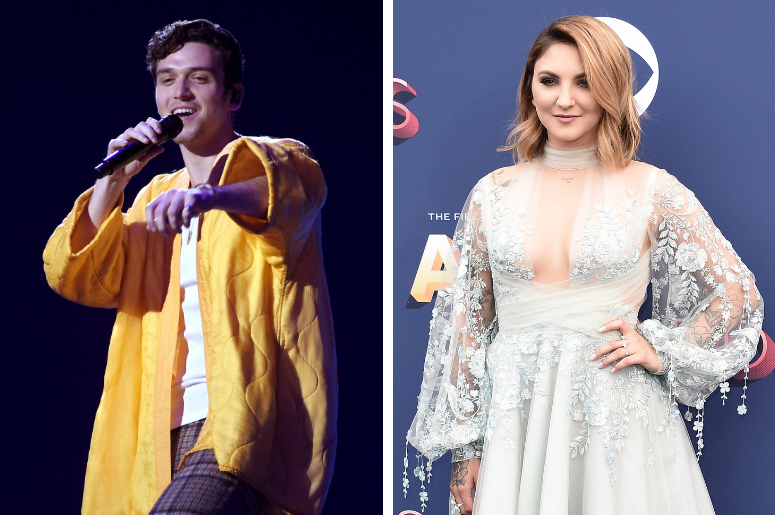 Lauv was joined by Julia Michaels for a performance on The Late Show with Stephen Colbert Monday night (October 1). The pair performed their brand new single, "There's No Way," for Stephen Colbert's live audience.

"Julia is an absolute legend not only as a songwriter but just as a human being. The first time we met we didn't even write a song, we just talked about life and emo bands and stuff," Lauv told Variety.

Lauv unveiled the new track just last week following his previously released debut album, I Met You When I was 18 (The Playlist). The 24-year-old will kick off his fall tour next month while also appearing on select dates for Ed Sheeran's 2018 Divide Tour.

Lauv and Michaels co-wrote "There's No Way" alongside Justin Tranter and Ian Kirkpatrick.

Watch Lauv and Julia Michaels perform "There's No Way" below.