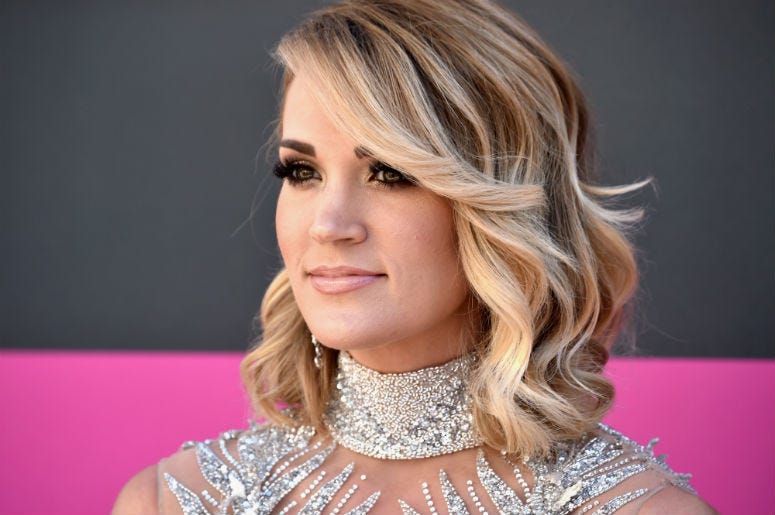 "The title refers to when emotions take over and you just can’t hold them back. It really speaks to a lot of things that have happened in the past year and I hope when you hear it, you can relate those feelings to those times in your life. It’s emotional. It’s real. And it ROCKS," Underwood said.

Underwood's "Cry Pretty" follows the Female Vocalist of the Year nominee's fifth studio album, Storyteller, which was released in October 2015.

The singer-songwriter delivered a statement to her fans earlier this week to update everyone on her music, health, and more.

Carrie Underwood will perform "Cry Pretty" at the 2018 ACM Awards live from the MGM Grand Arena in Las Vegas on Sunday, April 15 at 8 p.m. ET on CBS.