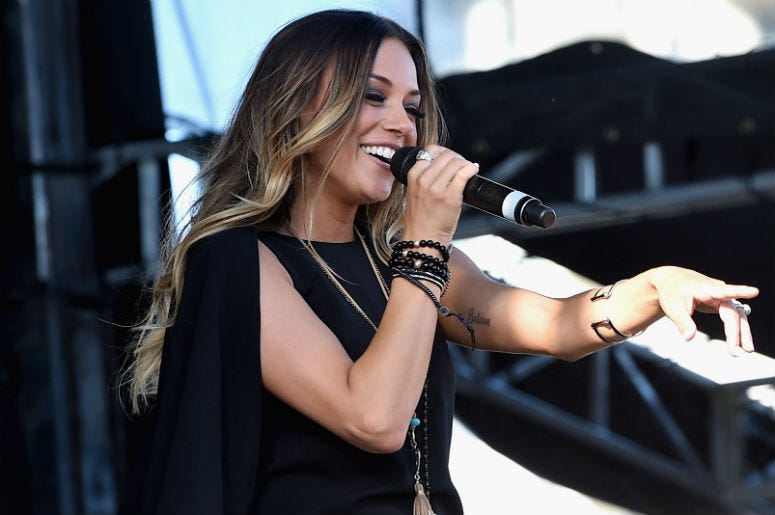 If you were going to sum up Jana Kramer's personal journey this past year, you're going to have to listen to her new single, "Dammit."

Kramer's latest track follows her previous single, "I've Done Love," which was released in August of 2017. "Dammit" is the second song the singer-actress has unveiled since parting ways with her Nashville label.

According to Rolling Stone, the lyrics reflect Kramer's relationship to her husband, Mike Caussin. For such a "dark ballad," the track makes this country singer feel happy.

"So the fact that now I get to say what I want to say, act how I want to act, that's a positive for sure," Kramer told Rolling Stone.

Listen to Jana Kramer's "Dammit" below.