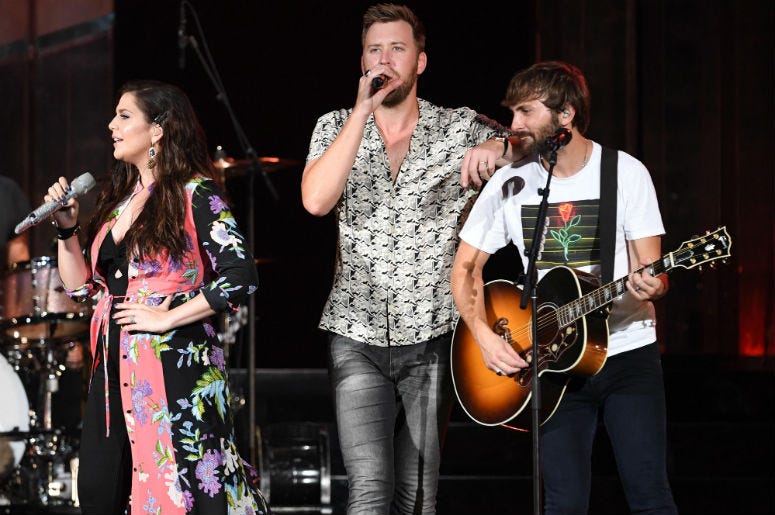 Lady Antebellum has been quite busy since the release of their seventh studio album, Heart Break.

Not only were Dave Haywood, Charles Kelley, and Hillary Scott out on the road in support of their new music, they also had Baby Bellum round two. Haywood welcomed his second child in December, while Scott welcomed twin girls in January.

We sat down with Lady Antebellum backstage ahead of tonight's ACM Awards to discuss their return to the stage since welcoming the babies. "I would say the music is being influenced more by it right now. We've been writing a good bit for our next record," Scott shared.

The country trio has now become a traveling Lady A circus according to Haywood. Lady Antebellum revealed how they're preparing for their 2018 Summer Plays On Tour this summer and more in our exclusive interview above.

Lady Antebellum is nominated for Vocal Group of the Year. The 53rd Academy of Country Music Awards will air LIVE from the MGM Grand Garden Arena in Las Vegas on Sunday, April 15 at 8pm ET on CBS.