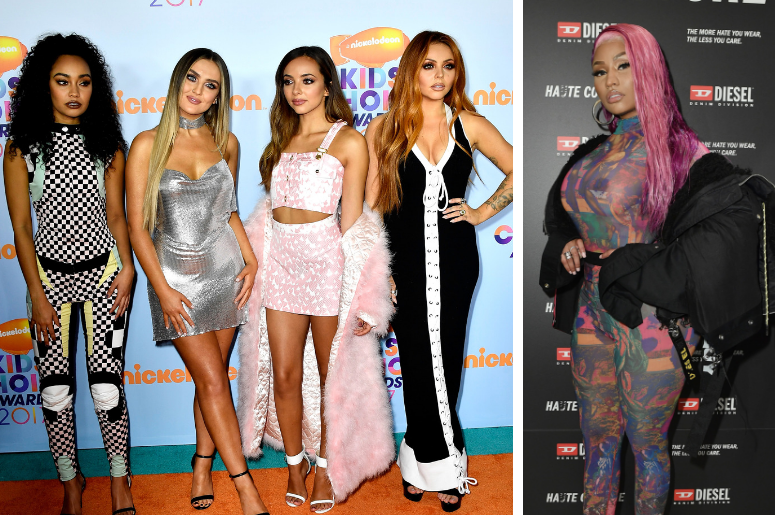 Little Mix have announced details of their new single, "Woman Like Me," featuring Nicki Minaj. The British girl group consisting of Perrie Edwards, Jesy Nelson, Leigh-Ann Pinnock, and Jade Thirwall will release the track on October 12.

The new collaboration is the first song to be introduced from their upcoming fifth studio album. Little Mix's "Woman Like Me" follows their 2016 album, Glory Days, which includes "Shout Out to My Ex," "Touch," and more.

"Thank you for having me, girls. Love this song," Queen Minaj shared to Twitter.

Little Mix formed in 2011 after winning season 8 of The X Factor UK. Now that we officially have new music on the way, it's time to start celebrating Mixers.