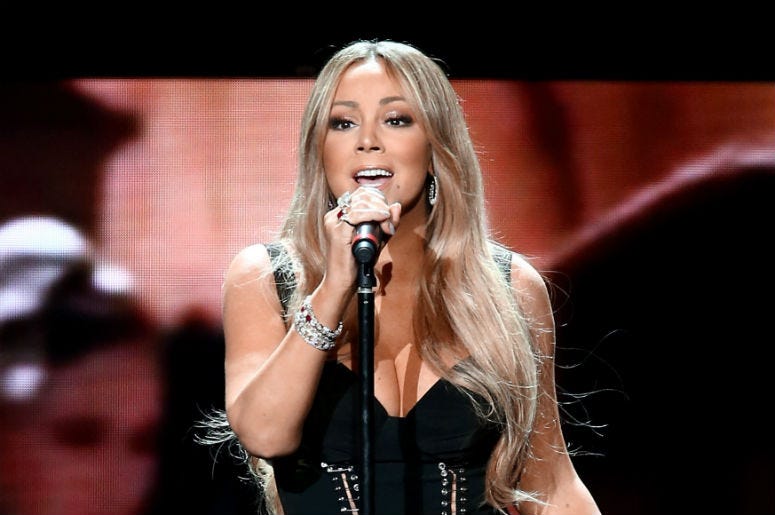 How about you... listen to Mariah Carey's brand new track, "GTFO." The global superstar has released the first of new music to be featured on her upcoming fifteenth studio album.

Carey will follow up with the release of the album's first official single, "With You," on October 5. She will also unveil the music video for "GTFO" on Friday which was directed by Sarah McColgan.

"I wanted to give my fans and everyone a first listen that wasn’t so serious,” says Mariah. “I’ve had so much fun making this album, and I wanted the first moment to reflect that light-hearted spirit."

The 48-year-old's highly-anticipated album is due out later this year and will feature the sultry new tune. Carey is set to present her 'lambily' with plenty of surprises throughout the remainder of the year while she continues her 'The Butterfly Returns' residency in Las Vegas.

Listen to Mariah Carey's "GTFO" below.