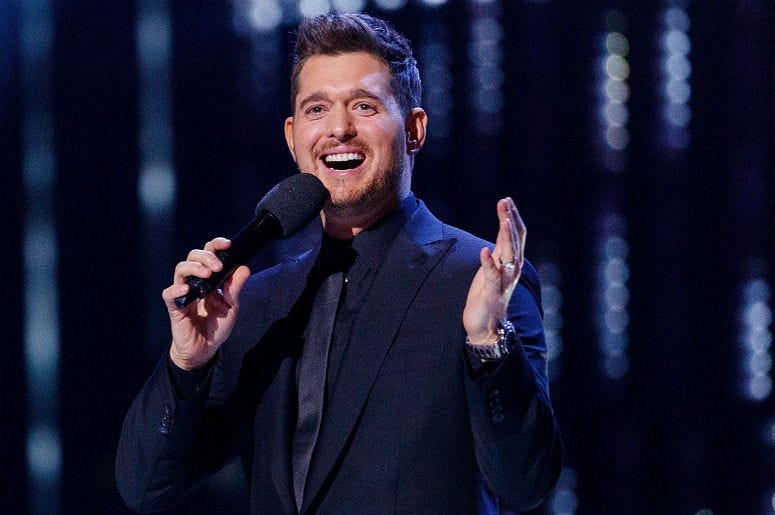 Michael Bublé is back and he's found love for his music once again. After his now 4-year-old son, Noah, was diagnosed with liver cancer in 2016, the singer-songwriter wasn't sure if he'd ever come back to music.

Bublé and his wife, Luisana Lopilato, are the parents of Noah, 2-year-old Elias, and are expecting a baby girl very soon. The 42-year-old recently announced via Instagram that he's back in the studio working on a new project.

"I'm going to come back to a world that needs love and romance and laughter more than it has in a long time. I'm going to be a conduit to that. This is the greatest record I've ever made," Bublé shared to the Herald Sun in Australia.

According to Billboard, "Noah's condition has improved, the singer has been slowly making his way back to the sage to share his experience with his fans."

For Michael Bublé, family and his faith are all easily No. 1 in his book.