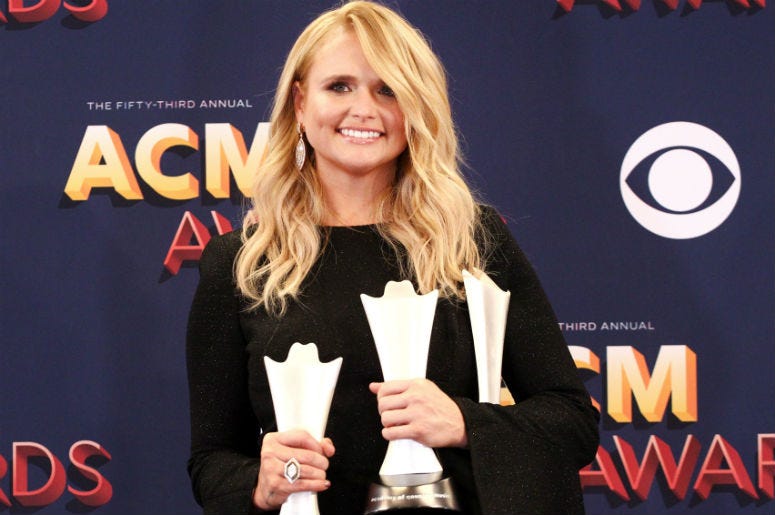 Miranda Lambert made history at the 53rd Academy of Country Music Awards April 15. The country superstar is now the most awarded artist in the history of the show with a collective 32 career wins.

"I cannot believe this, I really can't," Lambert said. "I love country music. It's my entire life, and the fact that you all care so much about what I'm doing, I'll never take it for granted."

Lambert was previously tied with Brooks & Dunn while having earned 29 wins each throughout the years. The leading lady of country took home the award for Female Vocalist of the Year and Song of the Year for "Tin Man" during the ceremony last night.

Lambert also gave a powerful performance of her new single, "Keeper of the Flame," which hits radio later this month. The track is featured on her 2016 platinum double-album, The Weight of These Wings.