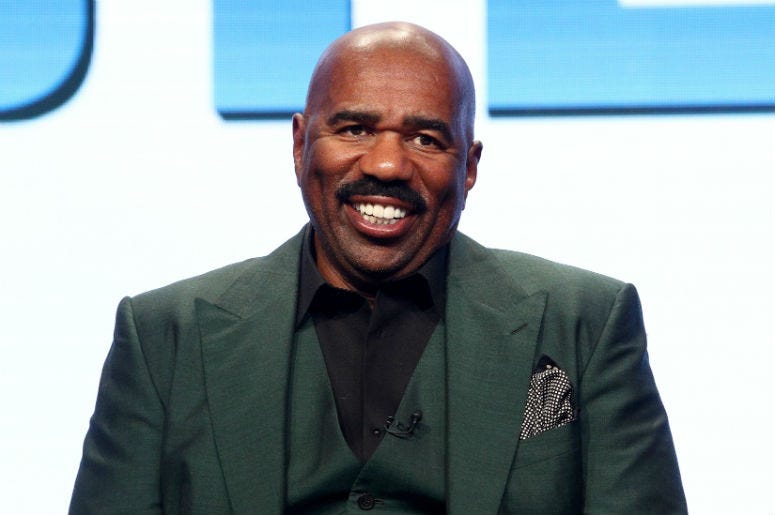 Steve Harvey will return as the host of the 2018 Miss Universe competition. It was announced Tuesday (July 31), that the show will be held live from Bangkok, Thailand on Dec. 16.

This will be Harvey's fourth time hosting Miss Universe for the organization. Demi-Leigh Nel-Peters (Miss Universe 2018) will also make an appearance during the three-hour show to crown her successor.

The contestants will travel to Asia for the first time since 2005. In previous years, Miss Universe has been held in Las Vegas, New Zealand, Florida, and the Bahamas among many other locations.

"Yeah!!!! I'm back AGAIN!!!! Who will it be?...... tune it let's find out together... hopefully," Harvey joked on Twitter. The 61-year-old comedian, unfortunately, announced the wrong winner in 2015 and took full responsibility for the upset.

THAILAND here we come! 🇹🇭 The 2018 #MissUniverse Competition will air LIVE from Thailand, December 16 at 7pm ET on @FOXTV. Who will take home the crown? 👑 pic.twitter.com/kcLj8dVbl5