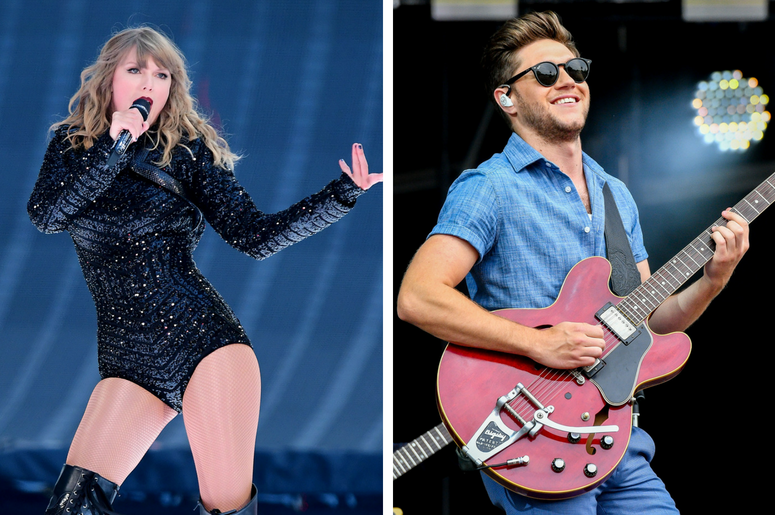 Taylor Swift called Niall Horan out as a surprise guest for her show at Wembley Stadium Friday night in London. The "Delicate" singer is currently out on the road for her 2018 Reputation Tour.

"So, they say when you're first starting out with something and you want to learn-- learn from someone whose done it before, learn it from a pro. So I decided to call up somebody that has played Wembley bunches of times," Swift said.

Horan joined Swift on stage for a performance of his song, "Slow Hands." The track is featured on the former One Direction star's debut solo album, Flicker, which was released in 2016.

Camila Cabello and Charli XCX will serve as opening acts for the tour. Swift previously surprised her Swifties this summer with appearances by Selena Gomez, Troye Sivan, Robbie Williams, and Shawn Mendes as well.

thank you @taylorswift for having me last night at Wembley . What a fantastic experience to share the stage with you! ❤️