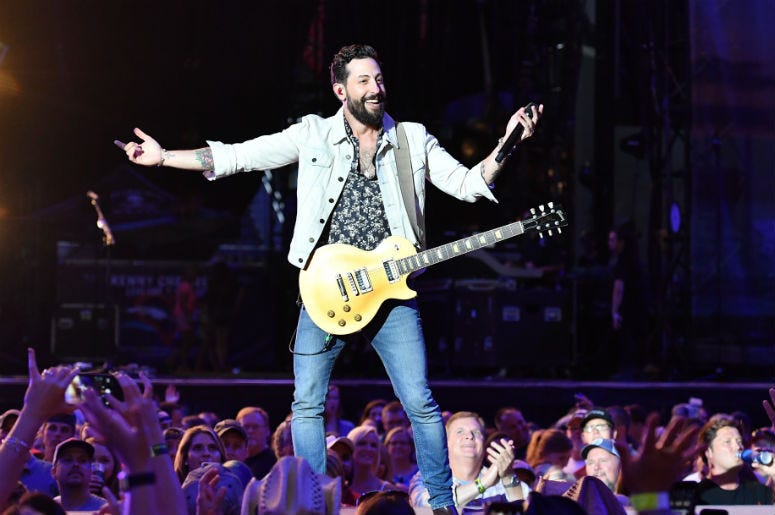 Old Dominion has returned to the road for their 2018 Happy Endings World Tour. The country group consisting of Matthew Ramsey, Whit Sellers, Geoff Sprung, and Brad Tursi have become some of the biggest breakout stars of the genre.

We caught Old Dominion live from the Hard Rock Hotel & Casino in Atlantic City earlier this month and they sure did “Make It Sweet.” The band never disappoints in their live shows, especially when there’s new music involved.

Old Dominion released their sophomore album, Happy Endings, in August 2017. It features their hits “No Such Thing as a Broken Heart,” “Written in the Sand,” and their recent No. 1 track, “Hotel Key.”

They have since followed up with a new single titled “Make It Sweet” which has become an instant hit on and off the radio.Old Dominion is expected to release their third studio album next year.

“It’s been a true whirlwind of a life that we’ve been living,” Ramsey told the crowd.

Of course, no tour stop in Jersey is complete without honoring the boss, Bruce Springsteen. Old Dominion delivered an intimate cover of the classic 1982 hit, "Atlantic City," for the crowd October 25.

Atlantic City - you were incredibly fun. Thank you! #springsteen

After spending their summer opening up for Mr. Kenny Chesney, the group doesn't quite know what to do with themselves when they have a few days off. Old Dominion’s energy on stage makes it worth every penny to see them live and while fans literally handed them hotel keys, it proves just that.

Old Dominion is nominated for Vocal Group of the Year at the upcoming 2018 CMA Awards. Their 2019 headlining arena 'Make It Sweet Tour' will kick off in January with special guests Jordan Davis, Morgan Evans, and Mitchell Tenpenny on select dates.