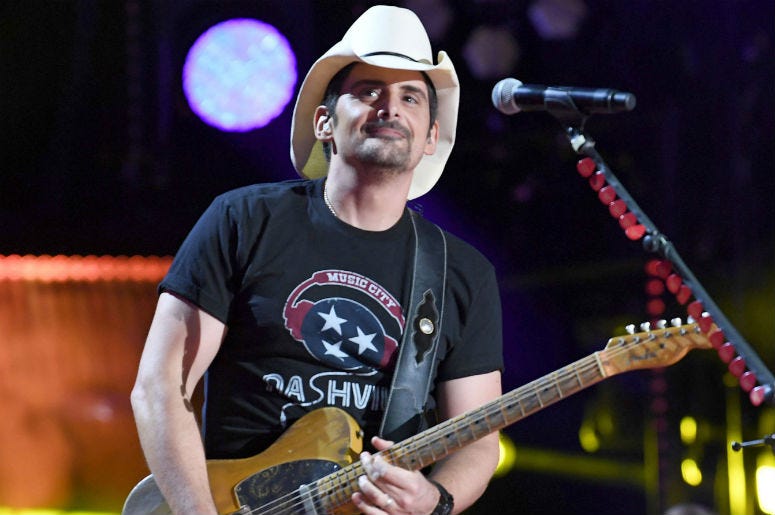 Brad Paisley stopped by the Montecito Fire Department earlier this week to prepare for his upcoming concert on the West coast.

In December of 2017, residents of California lived through one of the largest wildfires in the history of the state. The Thomas Fire led to major destruction for several weeks with the cause still remaining unknown.

The country superstar has teamed up with Ellen DeGeneres to host a benefit show, 'The 2nd Responders,' which will be held at the Santa Barbara Bowl May 12. The lineup will include performances by "Paisley and Friends."

According to Rolling Stone, the event "supports the Santa Barbara and Montecito communities and the service workers and first responders of the area."

Paisley took a seat in the firehouse kitchen while members circled the room to help him rehearse a few of his hits. The group sang along as he performed snippets of "Mud On The Tires" and more.

The singer-songwriter shared the video below to Instagram stating, "Hey @theellenshow, looking forward to this weekend! Dropped by the Monectio Fire Department-- don't worry, they'll be better by Saturday."

‪This weekend I’m thrilled to play @SantaBarbara & be a part of the ongoing recovery effort for this great community. If you’re going, be watching my socials on where to meet up w/ me all weekend🍦🥃🍺☕️🎸🚅‬