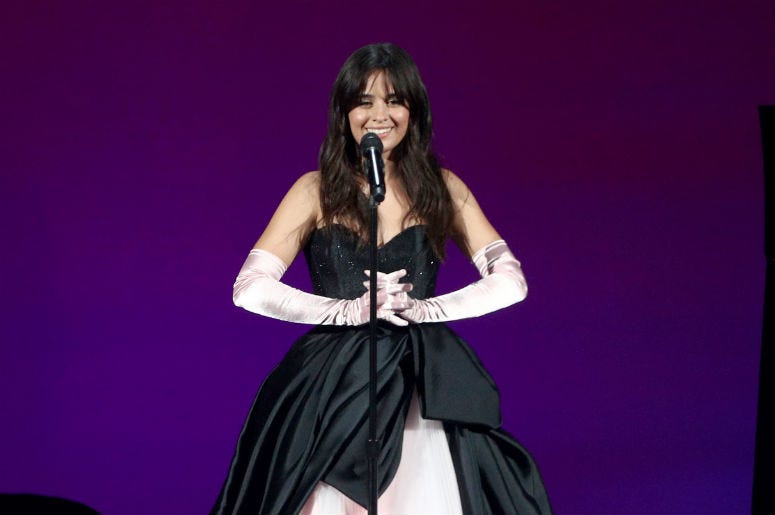 Camila Cabello's "Consequences" era has begun according the pop star. The singer-songwriter has unveiled the music video for her latest release and the orchestra version of the track.

The 21-year-old's new emotional single follows "Havana" and "Never Be The Same" which are all featured on her debut solo album, Camila. Cabello stars alongside Dylan Sprouse for the new magical visual as she reflects on her previous heartbreak.

"My videos are pretty much what the inside of my brain looks like. This is what it looked like in my brain while I was trying to move on. Thank you @dylansprouse for being amazing and wanting to be in my video," Cabello shared to Twitter.

Cabello released "Consequences (Orchestra)" October 9 and performed it live for the first time during the 2018 American Music Awards Tuesday night. The former Fifth Harmony member will be out on the road through November as a supporting act on Taylor Swift's Reputation Tour.

#Consequences with @dylansprouse 🌙💙 there are so many messages i love in this video, what did you get from it? what was your favorite part? WHO DO I HAVE TO BEAT UP THAT BROKE YOUR HEART?!! 😂😂😂 lol, but really! i’ll look through the comments and reply to some 💙 pic.twitter.com/0yRsp4fekU