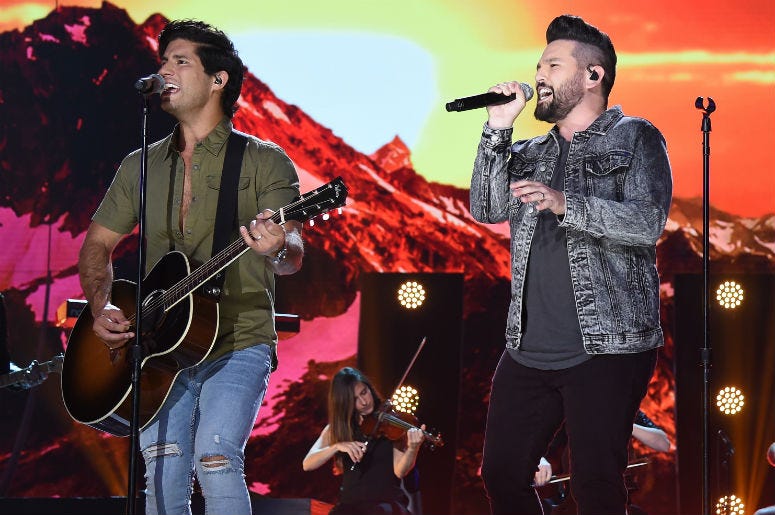 Dan + Shay hit the stage in Rockefeller Plaza this morning in New York City to give a performance on the TODAY Show. The country duo released a new self-titled album on June 22.

Dan Smyers and Shay Mooney performed their No. 1 hit, "Tequila," as well as "All To Myself" and "Nothing Like You." All three tracks are featured on Dan + Shay's third record which follows their 2016 Obsessed album.

“This is a self-titled record because it is the truest representation of who we are and where we are going,” Smyers shared in a press statement.

Dan + Shay are currently out on the road as a supporting act on the Rascal Flatts' 2018 Back To Us Tour. They will also join Carrie Underwood in the Big Apple for a new live concert series at The Rooftop at Pier 17 July 4.