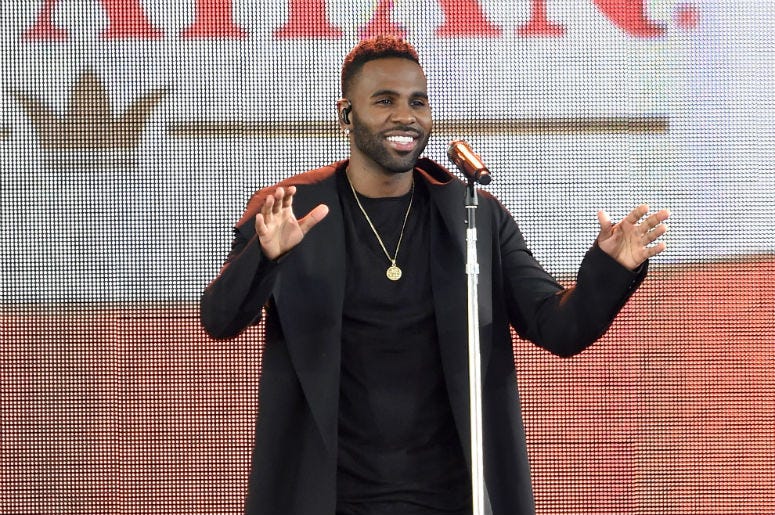 Jason Derulo's latest single, "Goodbye," now has a lively visual to go along with it. Nicki Minaj and Willy William are featured on the track while also appearing in the video.

The footage for the David Guatta produced hit was filmed in London and provides fans with a live performance clip as well as a look into a romantic relationship. Derulo the colorful project along with David Strbik and Jeremy Strong.

"The wait is over #GoodbyeVideo @davidguetta @nickiminaj @willywilliamofficiel-- People who repost/share this with the best captions will get a like and comment from myself and @nickiminaj #GoodbyeVideo," Derulo shared to Instagram.

Although a release date has yet to be announced, Derulo's "Goodbye" will be included on his upcoming fifth studio album, 2Sides. The track also follows the release of his previous collaboration with French Montana, "Tip Toe."