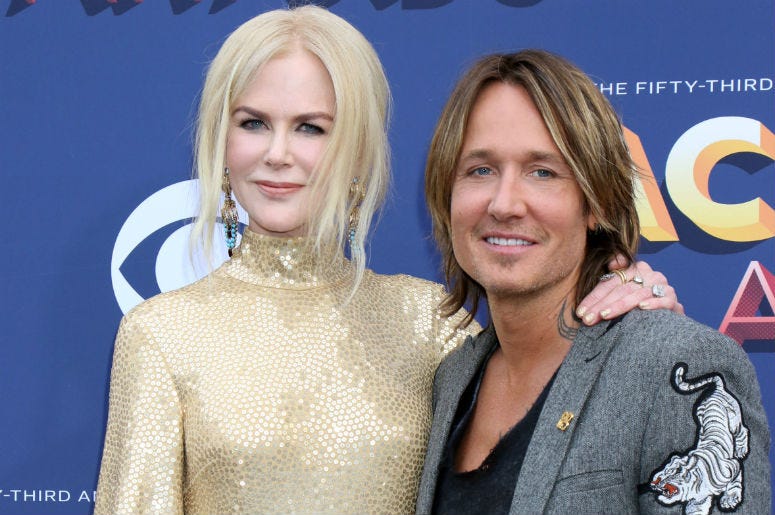 Keith Urban is preparing for the release of his forthcoming album, Graffiti U, on April 27.

To celebrate, the country star surprised a Nashville crowd Monday night with an appearance by his wife, Nicole Kidman. The couple performed a duet together of Urban's latest track, "Parallel Line."

Urban first introduced "Parallel Line" back in January as the second single to be featured on Graffiti U. If you're wondering why the lyrics are pulling at your heartstrings to the extreme, it's because master crooner Ed Sheeran co-wrote the new tune.