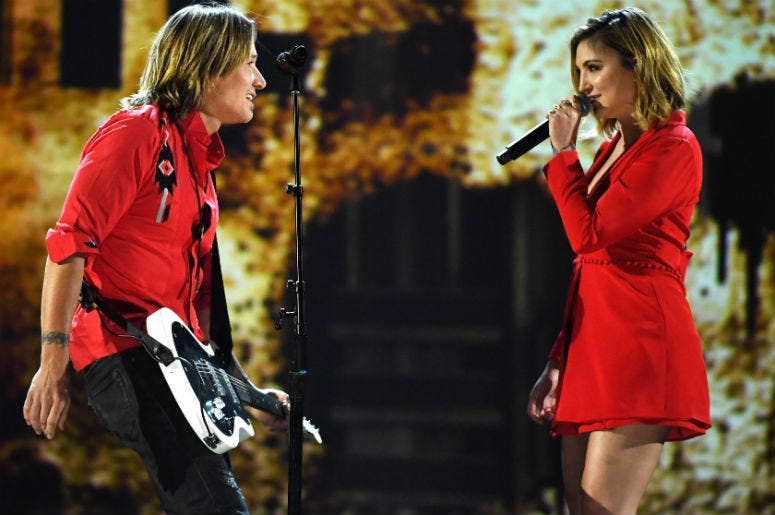 Keit Urban has released the music video for his current single, "Coming Home," featuring Julia Michaels. The country superstar's latest track is featured on his brand new album, Graffiti U.

While "Coming Home" pays homage to Merle Haggard, the song was co-written by Urban, Michaels, J.R. Rotem, and Nicole Galyon. It is the third single to come from his tenth studio album which follows "Female" and "Parallel Line."

"My only desire was to not be specific about what or where or who home is. I like viewers to feel their own story and make their own connection," Urban shared with People.

Collaborating with Michaels was a no-brainer for the 50-year-old after he had listened to her EP, Nervous System. The pop star has also written tracks for fellow artists including Ed Sheeran, Kelly Clarkson, and more.

Urban kicked things off by the piano when he awakens to figure out where exactly home is. While in a taxi on his way to perform with Michaels on stage, fans see Urban reflect on his previous albums, Fuse and Ripcord, as well.