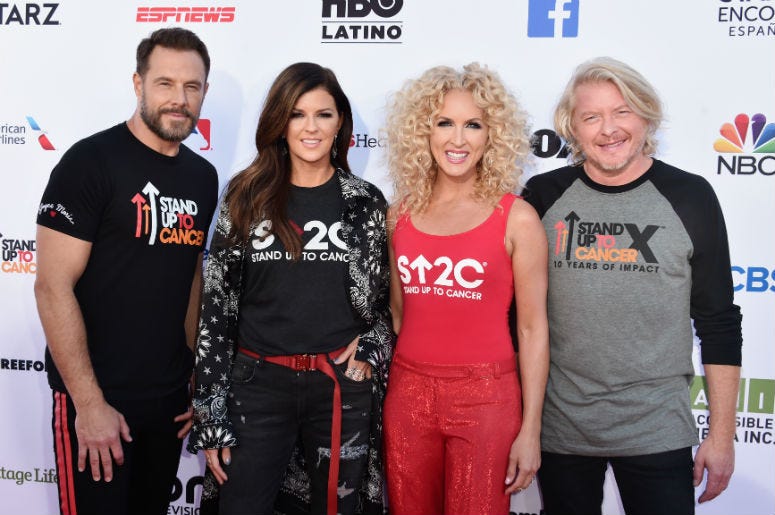 Little Big Town took the stage during the 2018 fundraising telecast of Stand Up To Cancer on September 7. The country group performed a cover of The Beatles' "With a Little Help from My Friends."

Karen Fairchild, Kimberly Schlapman, Philip Sweet, and Jimi Westbrook of Little Big Town were among a lineup of performers including Stevie Wonder and Charlie Wilson. The show marked Stand Up To Cancer's sixth telecast which was produced by actor, Bradley Cooper.

According to the Stand Up To Cancer website, "This year's event marked an important milestone in SU2C history: 10 years of making an impact and raising funds for groundbreaking cancer research that is helping to save lives now."