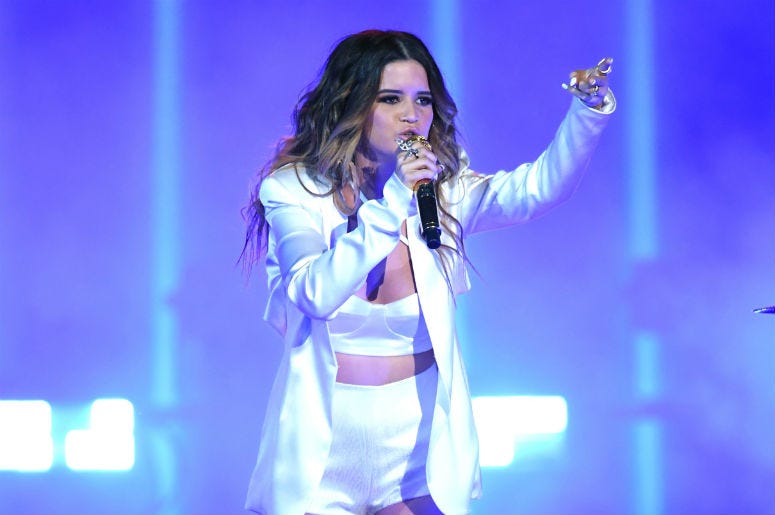 Maren Morris is among several country acts to pay tribute to Aretha Franklin since her passing on August 16. The 28-year-old honored the Queen of Soul during her concert last Friday by performing a cover of "Natural Woman" in Las Vegas.

"This song is written on the soul of millions, something I realized in the short time we had at sound check the other day to work it up in Aretha's honor. It was effortless; it's in our bones, ready to emerge at a moment's notice," Morris' bass player, Annie Clements, shared to Instagram.

The country star gave a breathtaking performance for the west coast crowd while opening up for tour mate Niall Horan. "All hail Queen Aretha. Love singing this this weekend," Morris said.