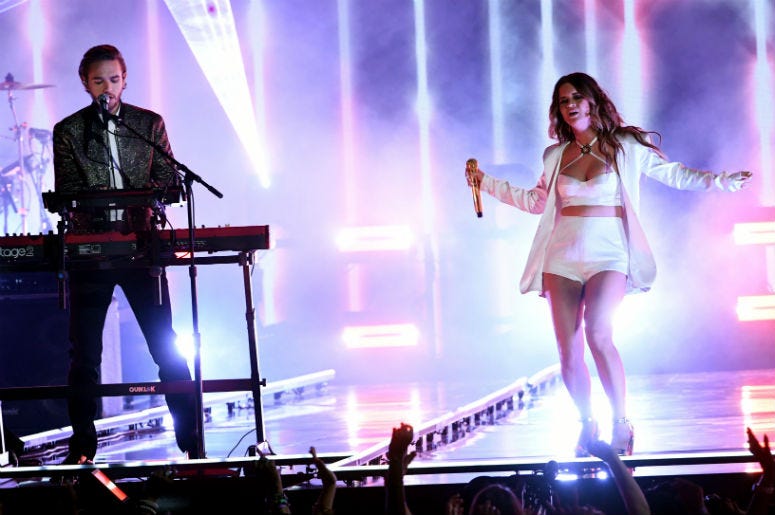 Zedd, Maren Morris, and Grey released "The Middle" back in January, however, the song continues to top the charts. The record producer, country star, and EDM duo came together for an appearance on The Ellen DeGeneres Show May 21 to perform the track.

The collaboration has become one of the biggest hits of the year, which led the artists to team up for their recent Billboard Music Awards performance. Morris took home the award for Top Country Female Artist during the ceremony as well.

"We always thought it's an amazing and special song," Zedd told Billboard. Morris chimed in stating she followed her gut reaction when it came to mixing together the genres.

Variety reported that "The Middle" was recorded by Demi Lovato, Camila Cabello, and Bebe Rexha, among others before Morris was chosen to fill the slot. As soon as Zedd heard Morris' recording, he flew down to Nashville.

Maren Morris will join Niall Horan's 2018 Flicker World Tour in July, and Zedd will continue with his Las Vegas residency throughout the summer.