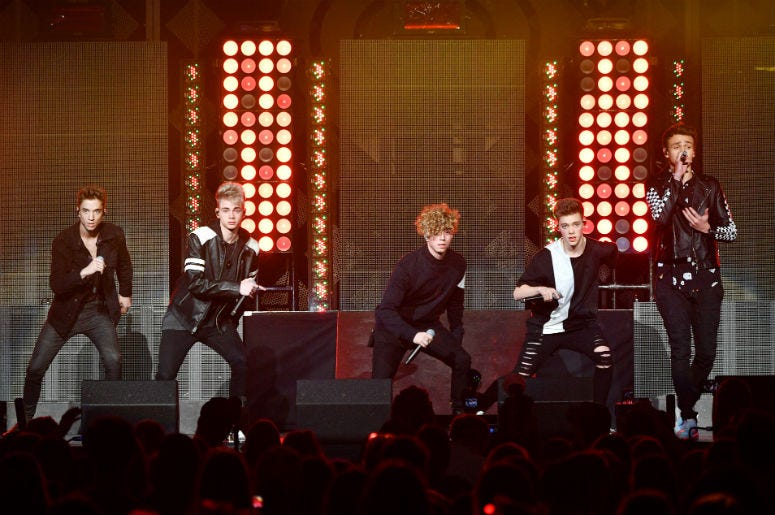 Why Don't We has released an official music video for their latest single, "8 Letters." It is the title-track to the group's highly-anticipated debut album which drops August 31.

Jack Avery, Corbyn Besson, Zach Herron, Jonah Marais, and Daniel Seavey formed together as Why Don't We in 2016. They previously released their songs "Hooked" and "Talk" earlier this summer which will also be included on the 8 Letters track list.

Why Don't We's new video was directed by Eli Sokhn. Fans get a close-up look at each member as they are literally frozen in time by "8 Letters."

Why Don't We is set to perform their new hits live from New York City's Rockefeller Plaza on TODAY September 3. Watch the "8 Letters" music video below.