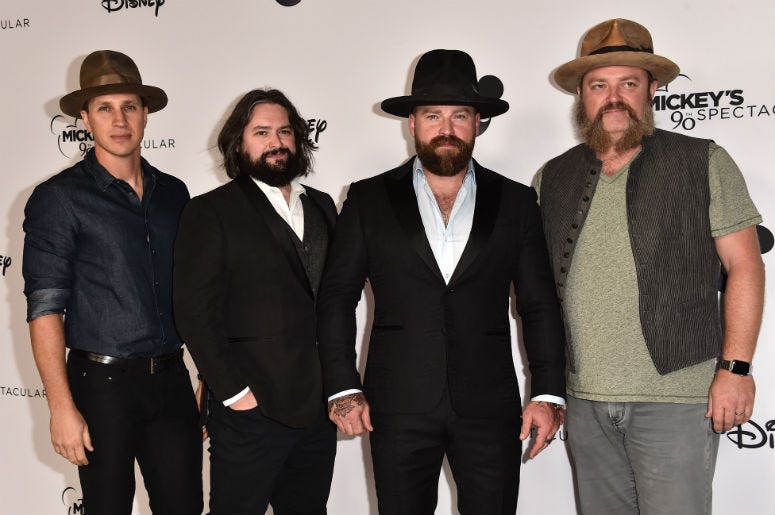 The Zac Brown Band joined in on celebrating 90 years of Mickey Mouse for ABC's Mickey's 90th Spectacular Sunday night (November 4). The country group was among a star-studded lineup for the primetime event and hit the stage to perform the classic hit, "The Bare Necessities."

The beloved character was honored with performances, tributes, and never-before-seen short films at the Shrine Auditorium in Los Angeles. Zac Brown put a country twist on the 1967 classic which was written by Terry Gilkyson for the Disney film, The Jungle Book.

"We had a blast performing "The Bare Necessities" for Mickey's Birthday Bash," Zac Brown Band shared to Twitter.

The Zac Brown Band along with Kelsea Ballerini, Meghan Trainor, Josh Groban, Sofia Carson, and many more were also in attendance. Watch the magical performance below and don't forget to grab your Mickey ears.