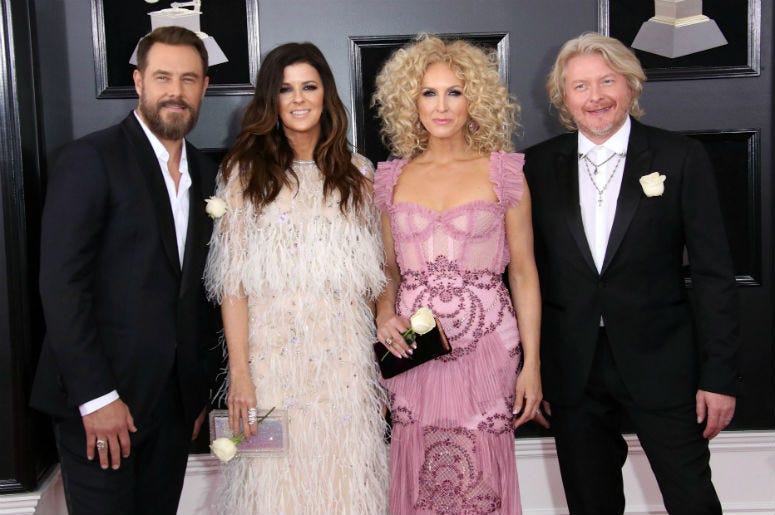 The country stars have paid tribute to Elton John with an inventive new version of his 1972 classic, “Rocket Man.”

The new version opens with the sound of blowing winds before the vocals quietly creep into the mix over a sparse hand-drum beat.

The ambitious arrangement relies heavily on the lush, soaring vocal melodies of Little Big Town, making for an exciting and engaging new version of the long times favorite.

LBT’s take on “Rocket Man” is just one of the country-flavored versions of Elton John hits that populate the forthcoming tribute album, Restoration.

The Restoration album is set for release on April 6, the same day a pop-leaning companion collection of Elton John tribute tracks entitled Revamp will debut.

Revamp will feature the likes of Lady Gaga, Ed Sheehan, Sam Smith and Miley Cyrus, with Cyrus being the only artist to appear on both albums.

Listen to Little Big Town’s version of “Rocket Man” below.