Gwen Stefani has no doubt about Blake Shelton's abilities as a dad.

The singer couldn't help but gush about Shelton's 'dad duties' during an interview with Andy Cohen and Hoda Kotb on the Today Show on Monday, September 23.

“He is a good dad, actually,” she said adding that, “He’s been helping me out a lot. I literally get to the point where I’m like, ‘You’ve got to get home. Come help!’ It’s hard. I have three boys.”

Since Shelton and Stefani got together in 2015, Shelton and the three boys, Kingston, 13, Zuma, 11, and Apollo, 5, have gotten along really well and formed a special bond. 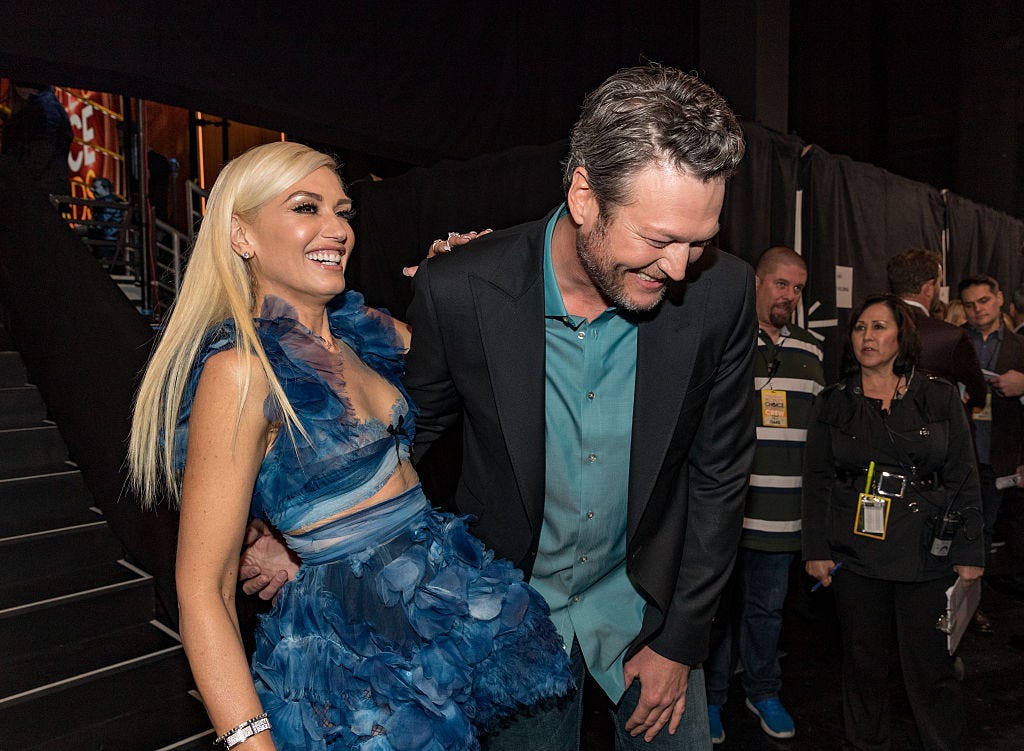 Blake Shelton Wants Gwen Stefani to Propose to Him

"Blake loves getting dirty with the boys. They’re always playing basketball or running around," a source previously told US Weekly.

"They love it [at Shelton’s Oklahoma ranch] because it’s just the five of them out on the land, hunting or hiking," she said of how they spend time together.

Stefani also admitted that she struggled to send her youngest to kindergarten when the 2019 school season kicked off.

“That part was a little bit hard … because I never thought I would be in preschool again because I had him late and he was a miracle surprise in the first place,” she said.

“[I’m] just trying to savor every single moment. When you get into school, you realize that you’re at the beginning of, like, homework. The big boys would go to school and he would get to stay longer with us and hang out, and now he’s not.”

Surely, all moms who have ever had to send their kids to school know exactly how she's feeling.