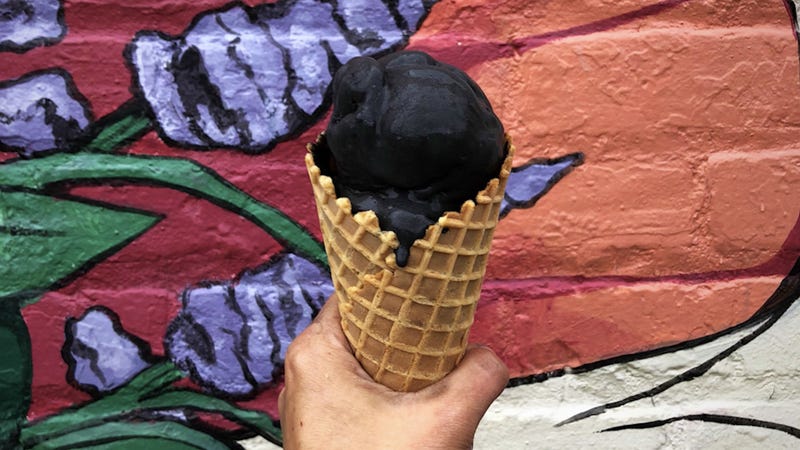 From lobster to squid ink -- here are some of the craziest ice cream flavors in America!

Bruno Pizza in New York City serves a "pizza crust flavored" ice cream made from toasted crust and cream -- the best part is it’s served on an actual pizza! The owner told Radio.com to, "think of it as cinnamon toast crunch for ice cream".

What about squid ink ice cream? The dark dessert called "malted ikasumi" is a popular treat in Japan but you can also find it at Ted & Wally’s in Nebraska.

Il Laboratorio del Gelato has endlessly unique flavors, but "ricotta" and "carrot" sure stand out!

Oddfellows have "miso cherry" and "olive oil" flavors that are sure to tickle your taste buds. An employee told us that, "It goes together in a pretty surprising way."

If you’re willing to sign a waiver, then "ghost pepper ice cream" is for the brave souls out there! The Ice Cream Store combine 3 different hot sauces and a fresh ghost pepper mash to make the treat but warn that eaters should put just a little of it on the tip of their tongue first to see if they can handle it. We tried it in our very own Freeman Plaza in Hudson Square!

"Lobster ice cream" from Maine is about as crazy as it gets! Ben and Bill’s makes it using huge chunks of fresh lobster for a seriously salty snack!

And if you’re really not sure about which flavor you want "munchies" from Ample Hill combines pretty much everything: chips, pretzels, m&m’s and crackers.

Whether you’re into "pistachio", "pizza" or "ghost peppers", there’s no denying ice cream is best served with summer!