Madonna was honored for her decades of LGBT activism at the GLAAD Awards this weekend. 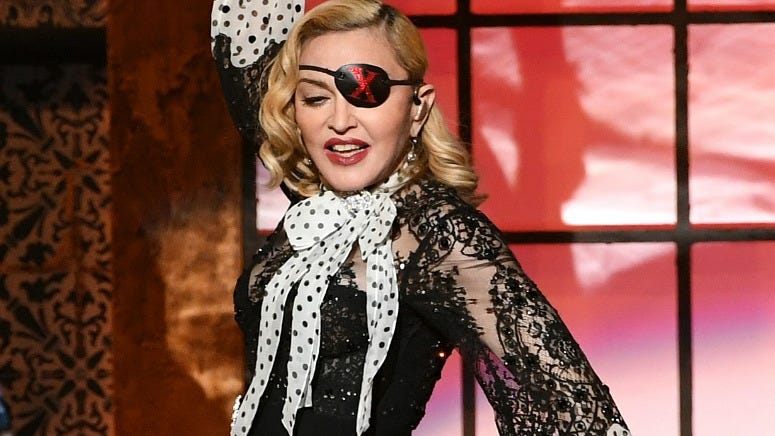 Madonna Speaks Up on the New Anthem "I Rise"

After being bestowed with the Advocate for Change award, the Queen of Pop gave an impassioned speech reflecting on her LGBTQ fans and history of fighting for acceptance.

"When I made the film Truth or Dare, I had no idea I was going to inspire gay men to ... have the courage to come out and be free and take a stand and say, 'This is who I am. Like it or not," the 60-year-old icon said while referencing her groundbreaking 1991 tour documentary.

.@Madonna is the #GLAADawards Advocate for Change honoree.

Our Queen of Pop. ❤️ pic.twitter.com/xNhE73xX8a

She continued: "Why have I always fought for change? That's a hard question to answer. It's like trying to explain the importance of reading or the need to love. Growing up I always felt like an outsider, like I didn't fit in. It wasn't because I didn't shave under my armpits, I just didn't fit in, OK”

The “Like a Prayer” singer also paid homage to her childhood dance teacher, who has had a lasting effect on her life.

"The first gay man I ever met was named Christopher Flynn. He was my ballet teacher in high school and he was the first person that believed in me, that made me feel special as a dancer, as an artist and as a human being. I know this sounds trivial and superficial, but he was the first man to tell me I was beautiful."

Madonna also referred to the many friends she lost to AIDS.

“The plague that moved in like a black cloud over New York City and in a blink of an eye, took out all of my friends,” she said of living through the epidemic during the ‘80s. "After I lost my best friend and roommate Martin Burgoyne and then Keith Haring — happy birthday Keith — I decided to take up the bull horn and really fight back."

In addition to her GLAAD award, Madonna recently released the empowerment anthem “I Rise,” in part to celebrate the 50th anniversary of 1969 Stonewall riots which ignited the gay rights movement.

Madonna has proven to be the true definition of an ally.