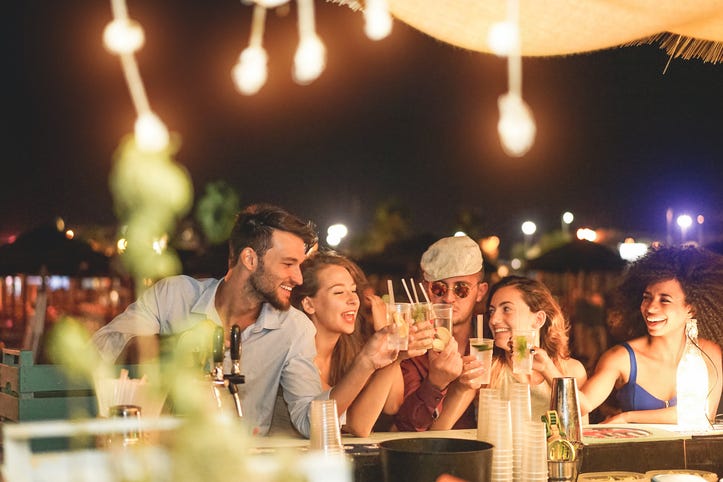 No need to hit pause when you're drinking the Claws.

All of those jokes that you made at your friend's expense when he said, "man those White Claws really sneak up on you, man" are now coming back to bite you in the butt because a doctor has confirmed that White Claw really does get you drunker and faster than any other alcohol.

That's according to Whiskey Riff, who says that Dr. Niket Sonpal, M.D, is shedding a light on what makes the popular hard selzter different from any other kind of booze.

The gastroenterologist pointed out the following:

• You really do stay more hydrated when drinking low-calorie hard seltzers.
• Because it has less sugar, you don't have the horrible hangover the next day.
• Believe it or not, you do get drunker faster (even though it seems like it takes at least 5 of them to really start feeling unstoppable on the dance floor), because carbonated beverages get absorbed into the blood stream faster.
• Finally, White Claw doesn't have all of those icky chemicals that you'd find beer, wine or whiskey. Scientists call them congeners; and it's giving me a headache just thinking about them.

My apologies to the guy I laughed at when told me that he was wasted after drinking four of them.