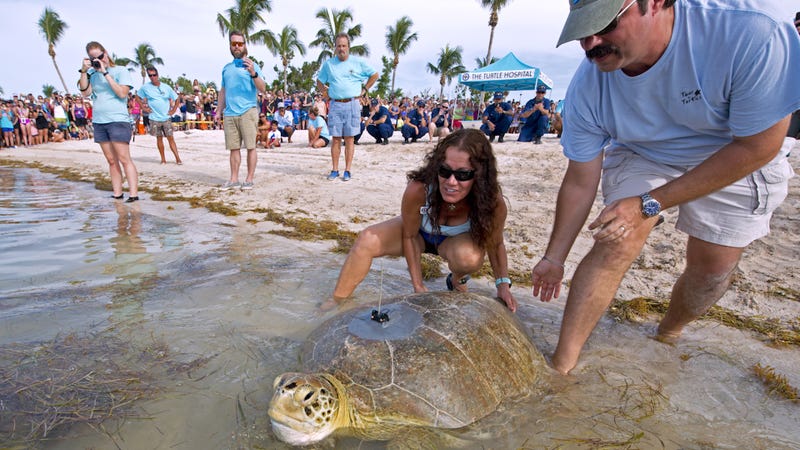 These turtles are racing home after a long time away from the ocean!

A turtle hospital in the Florida Keys rescued and rehabilitated numerous sea turtle species, and now they’re finally able to release the lovable animals back to their natural habitat.

"One of the key things is we are really seeing that rehabilitated turtles from the sea turtle hospital in the Florida Keys are acting normal and surviving after being released and being treated," said Dan Evans, research biologist for the Sea Turtle Conservancy. "It's important to protect sea turtles because they are part of multiple ecosystems."

But it’s not just a race home for the critters, they’ll also be racing in the ocean!

Scientists fitted 17 of the turtles with trackers to follow their migration patterns from August to October. "We're learning where the turtles from Florida are spending their time when they're not nesting," said Evans.

Whichever one covers the most distance will be crowned the winner of the aptly named ‘Tour de Turtles’.

Our money’s on the 365-pound green sea turtle ‘Little Money’.