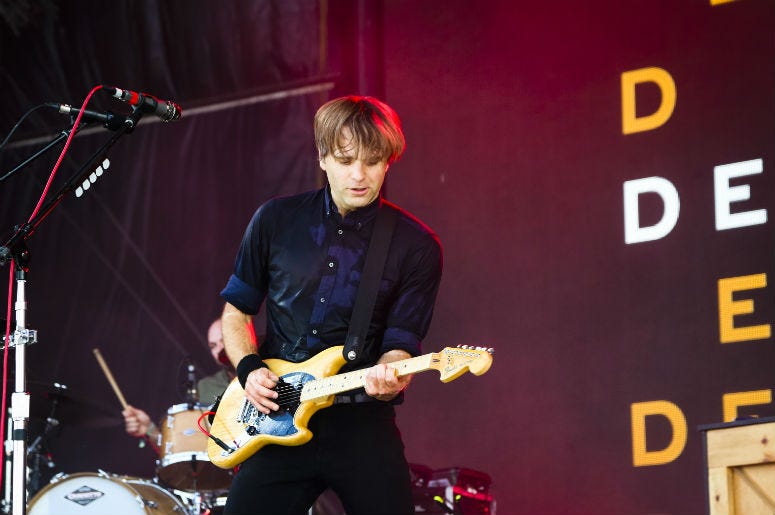 With 20 years under their belts, the members of Death Cab for Cutie are waxing nostalgic on their upcoming ninth studio album, Thank You For Today.

The album’s lead single, “Gold Rush,” samples Yoko Ono’s 1972 track “Mind Train” and serves as “a requiem for a skyline”—a sort of ode to the Seattle (frontman Ben Gibbard’s hometown) that once was. Gibbard tells us that he’s realized his memories are intrinsically tied to specific places, so when the buildings in which he formed memories began to change or disappear, as they do when a city’s in flux, so did some of the recollections attached to those places.

“You are very aware of the passage of time in a way that you weren’t necessarily before because the setting for that time in your life has disappeared,” he explains. “’Gold Rush’ is a song about how we connect our memories to physical places.”

Before the album was recorded in Santa Monica, California, with producer Rich Costey, Death Cab noticed Costey consistently exchanging the words “Thank you for today” with another band after each studio session—a phrase Death Cab initially repeated ironically. But the irony faded into sincerity, and the band realized, as Gibbard puts it, “It was just kind of a nice way to end the day in which you just kind of acknowledge the experiences that you had with your friends and bandmates.”

“There’s a nervousness about bringing new people into the creative process, especially if you have lost a seminal member of the band,” says Gibbard. “But Dave and Zac were fans of the band before they were members, so they have a unique perspective on the music that the other three of us can’t see.”

You can hear more from the newly formed quintet on Thank You For Today—listen to its first sampling on “Gold Rush” soon!

How I feel like a stranger here. Searching for something that's disappeared. Tomorrow. pic.twitter.com/zOSi0VYXf2