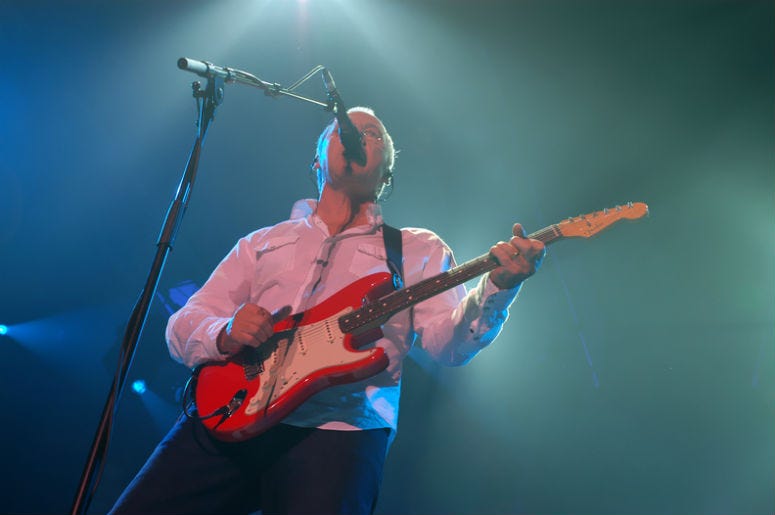 When it comes to next week’s Rock & Roll Hall of Fame induction ceremony, Dire Straits original guitarist, co-founder, and all-around leader Mark Knopfler is sitting this one out.

According to a post on keyboardist Alan Clark’s website, only he, Guy Fletcher, and John Illsley will attend and perform at the ceremony. With Fletcher on ukulele, Illsley on banjo, Clark on harmonium, and Stevie Wonder on vocals, that means Knopfler and his brother David Knopfler—who played on the band’s first two albums—will neither attend nor perform.

Last December, Illsley spoke with Billboard about a possible reunion. He made it clear that even though the band hasn’t been active over the past two decades, they haven’t officially broken up. Still, he couldn’t confirm whether that “reunion” performance would happen at the induction ceremony, telling Billboard that he was “definitely” game, but he’d have to convince Mark Knopfler to join in.

It’s unclear why Mark isn’t planning on attending the ceremony; however, David answered the below question on his Facebook page, explaining that the Rock Hall wouldn’t cover his travel costs.

Regardless of who shows, Alan Clark, Guy Fletcher, John Illsley, David Knopfler, Mark Knopfler, and Pick Withers will all be inducted into the Rock & Roll Hall of Fame on April 14, 2018 in Cleveland.