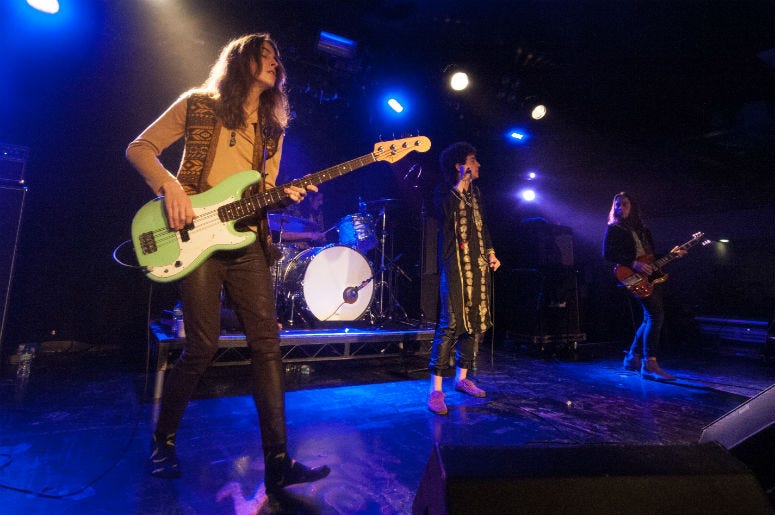 Greta Van Fleet’s becoming a rock staple, but have you ever stopped to wonder how they landed on the name? An 87-year-old great-grandmother named Gretna Van Fleet, of course—because what could be more rock than that?

"They've matured, I'll say that," she told Billboard of the pictured backstage meeting with her namesake at their second Detroit show at the Fillmore.​

An honor to have Gretna Van Fleet, the inspiration for the name of our humble band, in attendance for night two at the @FillmoreDetroit.

According to an interview with Billboard, the band’s previous drummer was out to breakfast with his grandfather, who told him he needed to cut wood for Van Fleet, a resident of the band’s Frankenmuth, MI hometown. When the drummer later mentioned the “interesting name” to the rest of the guys, they took it and ran with it—without the “N” in her first name to make it flow a bit better.

Gretna—who played sax and piano in a band in the ‘50s—says she didn’t have anything to do with the band using her name, and when they told her, she “kind of laughed it off” and thought, “That won’t last long. That’s not a name for a band.” And here we are.

The band tells Billboard that the name keeps people guessing, and the fact that you’d never be able to tell what kind of music would come from "Greta Van Fleet" is something the guys really like about their name.

GVF will continue along their tour through October with plans to release their first full-length album sometime this year.

The band released their double EP, From The Fires, in 2017, and you can grab your copy here.