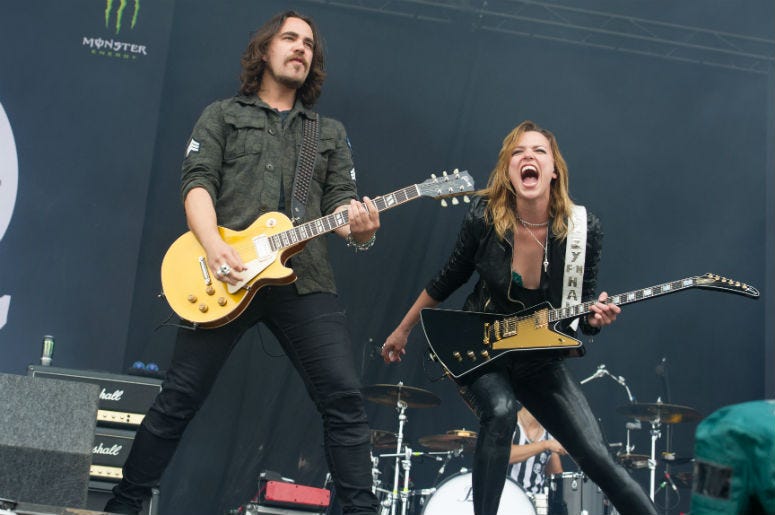 Halestorm loves to make you “Uncomfortable," especially in their new song. Catch the new track and its accompanying Evan Brace-directed video (which contains some NSFW lyrics) below!

“Uncomfortable” will be featured on the band’s upcoming fourth album, Vicious, and while the record's due out July 27, you can pre-order your copy here.

Frontwoman Lzzy Hale recently opened up about the album, stating, “I really think that this is the most Halestorm record that you're gonna hear from us as of yet.”

We’re more than okay with that! Something we’re also okay with? Halestorm added more dates to their North American tour. See the full run of dates here.

7. Killing Ourselves To Live