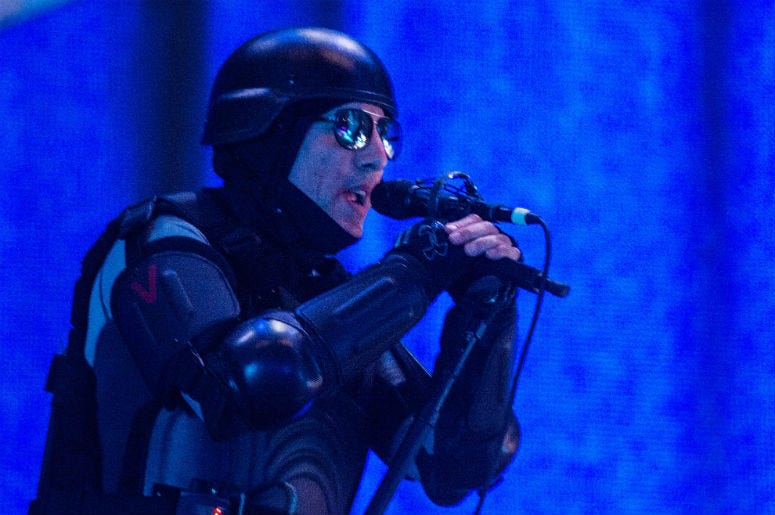 A few days ahead of the release of a brand-new album from A Perfect Circle, the band has shared a new track called “So Long, and Thanks For All the Fish.”

“So Long, and Thanks For All the Fish” (which just so happens to be the title of the fourth installment in Douglas Adams’ Hitchhiker’s Guide to the Galaxy series) follows the previously released “Disillusioned,” “The Doomed,” and “TalkTalk.”

As Consequence of Sound points out, frontman Maynard James Keenan recently told BBC’s Rock Show that this track was inspired by the sarcasm of R.E.M.’s “It’s the End of the World as We Know It (And I Feel Fine),” with the track referencing late icons like Carrie Fisher, Muhammad Ali, Prince, David Bowie, and more.

To say the forthcoming album, Eat The Elephant, is highly anticipated would be an understatement. It’s been fourteen years since the band’s last album, and this one drops April 20.

The band is currently on the road along their North American tour through late-May, with one more Coachella performance set for this weekend.