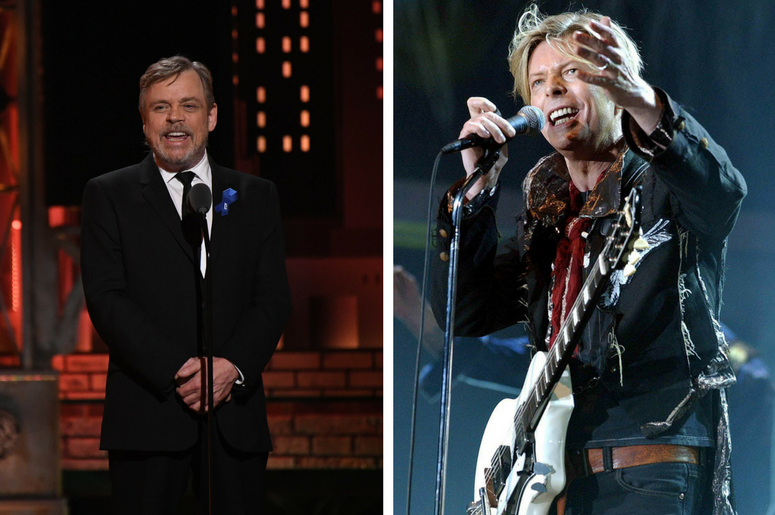 Mark Hamill (AKA Luke Skywalker) just shared a “fun fact” on Twitter, and it reveals an “odd but true” connection between Star Wars and David Bowie. No, it doesn’t have anything to do with The Rise And Fall of Ziggy Stardust and the Spiders From Mars—not directly, at least.

Hamill climbed inside a papier-mâché Dewback and realized one of the newspapers used in the prop included a David Bowie concert review. Naturally, he whipped out a flashlight to read said review. See for yourselves in the tweet below!

FUN FACT- When I climbed inside the Dewback outside the Cantina in Tunisia there was a crowbar to lift its' head & it was covered in newspaper paper-mache, including a review of a David Bowie concert in Paris, which I read by flashlight. Odd, but true. 🤪 pic.twitter.com/KJCpHJ0gcU

When asked if the Paris show was well-received, Hamill replied by saying it was a “rave review.”