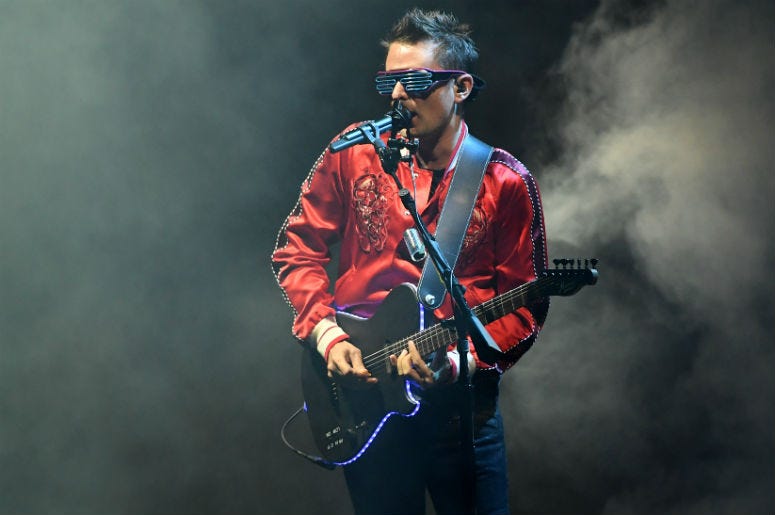 Muse are bringing their Drones World Tour to the big screen this summer for one night only on July 12.

That means you’ll have the chance to see the band perform some of their biggest hits, like “Supermassive Black Hole,” “Psycho,” and more, as filmed live along several 2016 tour dates.

Of the concert film, the band promises fans "the ultimate audio/visual sensory experience” through an “eerie, dystopian world” created by drones, projections, and LED lasers.

"The symbiosis between humanity and technology has always been something I am interested by,” said Muse frontman Matt Bellamy in a statement.

“Drones just seem to be a very interesting modern metaphor for what that represents...You want to leave people with the idea that they ask the question themselves about the role of technology in our lives and whether it's a good thing or a bad thing."

Drones? Check. Guitar smashing? TBD. But based on the below interview, it's total destruction when Bellamy hits the stage. We just hope the film captured some of it.

Tickets will be available to purchase by Thursday May 3. To find screening locations and more information, head here.