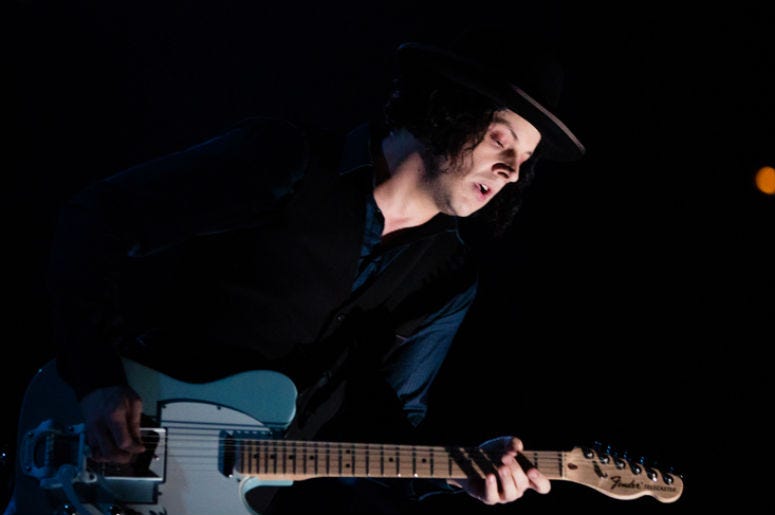 On Thursday, March 22, Jack White’s taking over our airwaves. But we couldn’t make you wait until then to get your fix. Here’s a taste of what’s to come Thursday night—ahead of White’s album release this Friday.

We agree, from “Connected By Love” and “Respect Commander” to “Corporation” and the most recently released single, “Over and Over and Over.” Thursday night’s on-air special will feature EXCLUSIVE PERFORMANCES of these songs and more.

As Jack explains it, "Over and Over and Over" began in 2005. There was an attempt at recording it as a White Stripes song. And a Raconteurs song. And a Dead Weather song. And as a JAY-Z collaboration (!). And as a previous solo effort. But sometimes, you just need a year or 13 before it all finally clicks, and White told us all about its origination in this exclusive sneak peek:

And what about the method to Jack’s madness? Chris Rock said no one cares about how it happened as long as they get to hear the finished product. Does Jack agree? Watch below to find out a bit more about the rocker’s creative process, especially as it relates to Boarding House Reach:

Listen live ON AIR late-night on Thursday, March 22 for the full interview and exclusive performances of some of his new tracks and classic hits.

Tune in to the station for more details!