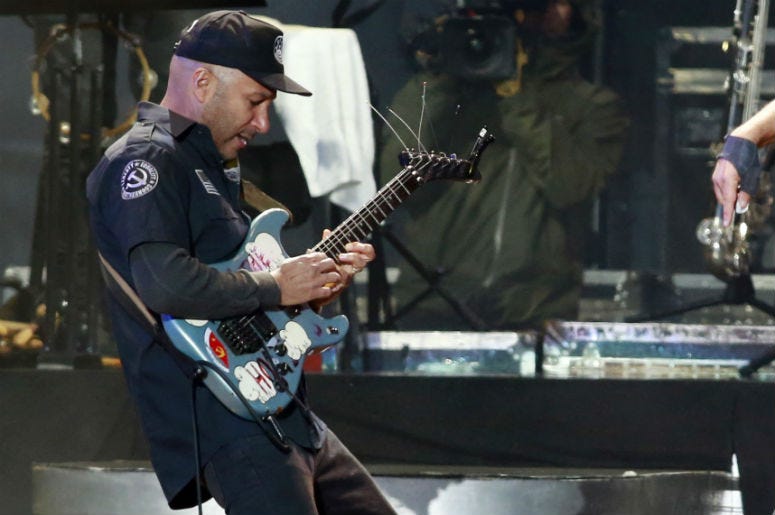 Last weekend, Tom Morello posted a gnarly photo of his fractured hand mid-surgery. (You can see the graphic image below, but trust us when we say it’s not for the faint of heart.)

Like a true rock star, he promised fans that he’d still play the scheduled Prophets of Rage show several days later in Sweden. Not only did he make good on his promise, playing Stockholm Tuesday night (June 26), but he also made one fan’s night after he asked for some help playing Rage Against the Machine’s classic 1996 track “Bulls on Parade.”

Watch Prophets of Rage jam with that fan—Mike Svensson—in the clip (which contains NSFW language) below!

Morello kept his promise, so we will too. If you're up to it, see the gory shot below.