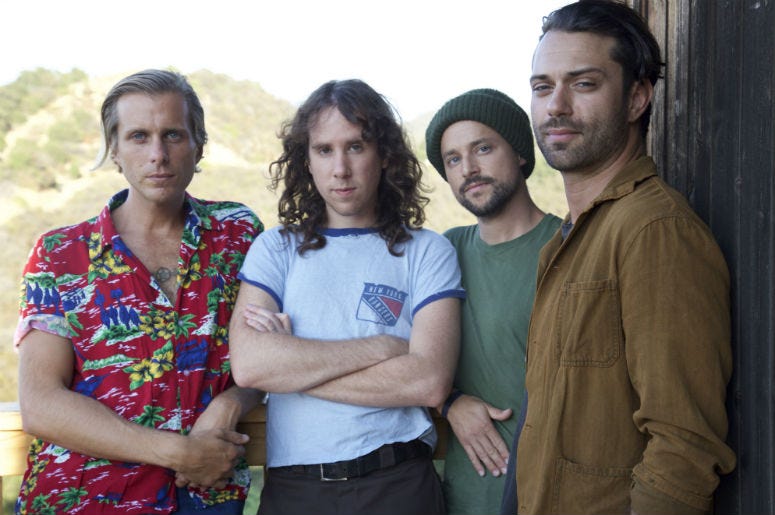 And ahead of the album’s February 2 release, Bruno is here to get you jazzed about the forthcoming album in our exclusive clip below!

Here Come The Runts was constructed from Bruno’s home studio in the coastal California mountains—a landscape that heavily influenced the album’s music. Bruno explains, “The record definitely has a feel to it that seems parallel to the vibe of this mountain and the land. It’s like a non-GMO record. There’s no fake sh*t on there. None of the vocals are tuned. It’s all real playing.”

So, just what kind of music comes with a mountain-vibe? We’ve already heard the hit “Passion,” as well as “Seven Sticks of Dynamite” and “Handyman,” so those tracks should give you an idea.

You'll also get a rock-n’-roll-meets-pop sound from the album. But don’t be fooled by the “pop” label. In fact, Bruno explained, “I say ‘pop’ how I grew up listening to it—in the sense of Dire Straits or Born In The U.S.A or The Cars or Tom Petty.” Right on.

One video that gets this western-mountain vibe down is the recently released “Seven Sticks of Dynamite” video, which feels more like an Old Western than a music video.

Here Come The Runts drops February 2, but every preorder comes with an instant download of “Passion” and “Seven Sticks of Dynamite.” What are you waiting for?

As for seeing this new music in-person, Bruno’s “really excited to bring this album live to you sometime next month.” Below, see the complete list of AWOLNATION’s 2018 tour dates, as well as the Here Come The Runts track listing.

*w/ Nothing But Thieves and Irontom